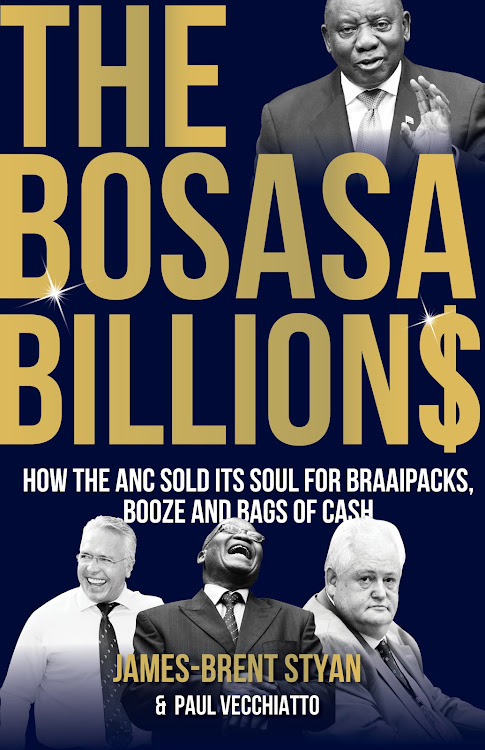 'The Bosasa Billions: How the ANC sold its soul for braaipacks, booze and bags of cash' by James-Brent Styan and Paul Vecchiatto.
Image: LAPA

With South Africans still reeling from the revelations of state capture, the next bombshell hit the country: Bosasa – grand-scale corruption that has cost taxpayers billions.

When President Cyril Ramaphosa – the man tasked with reforming the country – became entangled in the web himself, it sparked a political firestorm that threatened to engulf his presidency.

In The Bosasa Billions, best-selling author James-Brent Styan and co-writer Paul Vecchiatto tell the story of how one company hijacked the state to establish an extensive tender network stretching right to the top of the ANC government.

Watson’s employees likened the workings of his company to that of a cult. Ultimately, however, Bosasa was not in the business of saving souls. It was selling them.

“A timely, thorough account of the Bosasa saga. The chronicle of the transition from freedom fighters to unscrupulous state captors is astonishing.”
– Pieter-Louis Myburgh, author of Gangster State

James-Brent Styan, a former financial and parliamentary journalist, is the best-selling author of Steinhoff: Inside SA’s Biggest Corporate Crash.

Paul Vecchiatto has more than 16 years’ experience as a parliamentary correspondent for several publications and wire services.

Trade union leaders were also fair game for scandal-ridden Bosasa. One of them helped Gavin Watson's company land a lucrative - and irregular - ...
Business Times
2 years ago

President Cyril Ramaphosa’s lawyers have accused the public protector of unlawfully obtaining financial information from bank accounts linked to the ...
Politics
2 years ago

President Cyril Ramaphosa has submitted an affidavit to the commission of inquiry into state capture explaining whether he has had relationships with ...
Politics
2 years ago