Margaret Jacobsohn's story is as gritty and real as Namib sand 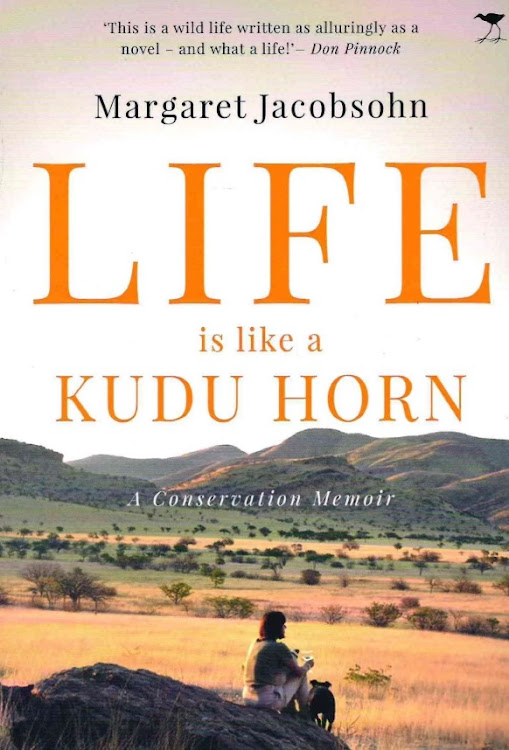 Life is Like a Kudu Horn is a book that will make you reflect and deliberate.

What she experienced shook her world view and changed the way she thought about people and nature – and highlighted our modern deficiency in ecological intelligence.

Drawn into the warmth and richness of rural community life, and revelling in vast Namibia’s “gloriously unclad geology – a country that wears its skeleton in the outside”, Margaret became a Namibian.

For the past 30 years she has been part of a team that pioneered an African way of doing wildlife conservation, an approach that was regarded as lunatic in the ’80s, but which is today mainstream and demonstrably successful. This work has won some of the world’s top environmental awards.

Her story is both serious and funny – the conflicts and mishaps, the triumphs and breakthroughs, and what it takes to break paradigms while working in remote, inaccessible places, including becoming involved (reluctantly) in a Himba-owned, award-winning safari company.

Passionate about community-based action, Margaret sees the challenges of community conservation work differing only in scale and content from the international challenges we face today – whether this be political corruption, plastic pollution of our oceans or the growing gap between the super-wealthy and the poor. They all require people to reach consensus, manage conflicts, be willing to change their attitudes and then translate plans and decisions into action.

Richard Madden marvels at the surreal landscapes, charismatic locals and amazing wildlife of Namibia On the face of it, deserts don't have much ...
Lifestyle
7 years ago

One of the big five animals, the elephant, is being celebrated this month.
Lifestyle
2 years ago

'I prefer wildlife to politicians. You can predict wildlife,' says SANParks CEO

Jonathan Ancer meets the not-so-lone ranger who keeps watch on SA’s 19 national parks, thousands of rangers and other services, millions of tourists ...
News
3 years ago

Extinction looms, but Africa can still be saved, say scientists

Of the 1-million species threatened by extinction, a high concentration of the animals and plants are found in Africa.
News
3 years ago

As World Ranger Day is commemorated on Wednesday, spare a thought for those who continue to work under treacherous conditions to conserve our ...
News
3 years ago