'Shadow of Liberation': Did leaders and comrades 'sell out' the ANC’s emancipatory policy vision? 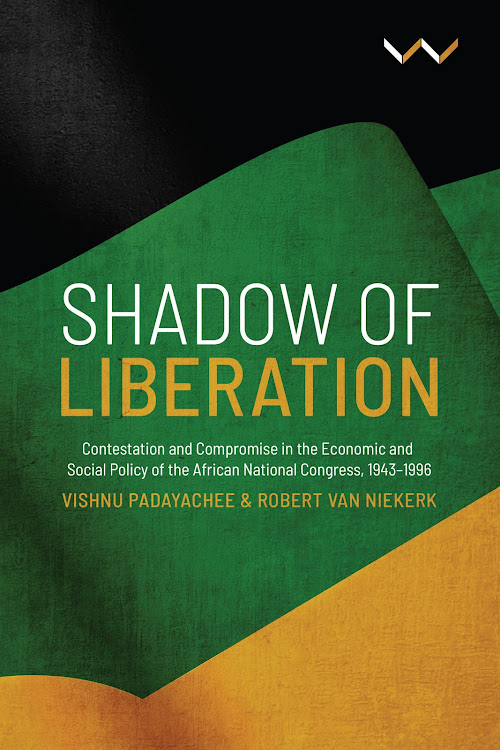 Shadow of Liberation explores in intricate detail the twists, turns, contestations and compromises of the African National Congress’s (ANC) economic and social policy-making, particularly during the transition era of the 1990s and the early years of democracy.

Vishnu Padayachee and Robert van Niekerk focus on the primary question of how and why the ANC, given its historical anti-inequality, redistributive stance, did such a dramatic about-face in the 1990s and moved towards an essentially market-dominated approach.

Was it pushed or did it go willingly? What role, if any, did Western governments and international financial institutions play? And what of the role of the late apartheid state and South African business? Did leaders and comrades "sell out" the ANC’s emancipatory policy vision?

Drawing on the best available primary archival evidence as well as extensive interviews with key protagonists across the political, non-government and business spectrum, the authors argue that the ANC’s emancipatory policy agenda was broadly to establish a social democratic welfare state to uphold rights of social citizenship.

However, its economic policy framework to realise this mission was either non-existent or egregiously misguided. With the damning revelations of the Zondo Commission of Inquiry into State Capture on the massive corruption of the South African body politic, the timing of this book could not be more relevant.

South Africans need to confront the economic and social policy choices that the liberation movement made and to see how these decisions may have facilitated the conditions for corruption – not only of a crude financial character but also of our emancipatory values as a liberation movement – to emerge and flourish.

Time to retire that calling card of African self-hatred, 'sellout'

The lumpen vulgarity that has taken over our political culture makes one yearn for the aristocratic gentility of the older generation of Albert ...
Opinion & Analysis
2 years ago

A timely, thorough account of the Bosasa saga.
Books
1 year ago

Jacob Zuma is a master of the non sequitur. He possesses a supreme ability to connect completely unrelated events, and make them seem like they are ...
Opinion & Analysis
1 year ago

Rogue Magashule has handed Ramaphosa a loaded gun. It's time the president pulled the trigger

Two weeks ago, President Cyril Ramaphosa stood in front of a multitude at a Pretoria stadium, with millions more watching on television, to swear to ...
Opinion & Analysis
1 year ago
Next Article