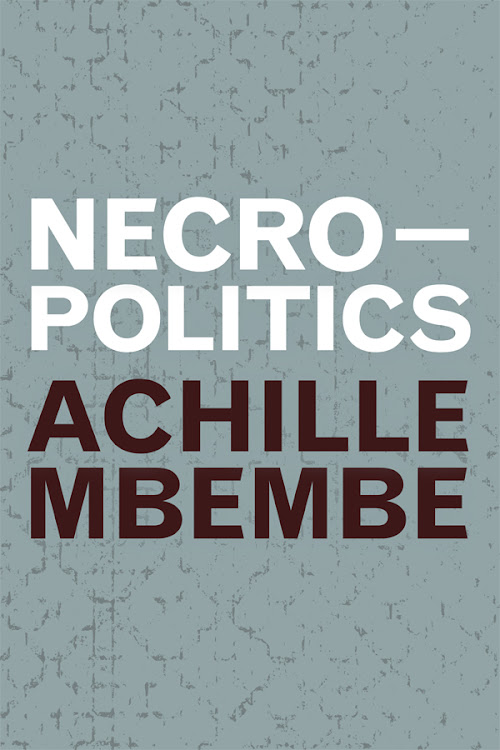 In Necropolitics, Achille Mbembe, a leader in the new wave of francophone critical theory, theorises the genealogy of the contemporary world, one plagued by ever-increasing inequality, militarisation, enmity and terror, as well as by a resurgence of racist, fascist and nationalist forces determined to exclude and kill.

He outlines how democracy has begun to embrace its dark side, or what he calls its “nocturnal body”, which is based on the desires, fears, affects, relations and violence that drove colonialism. This shift has hollowed out democracy, thereby eroding the values, rights and freedoms liberal democracy routinely celebrates.

As a result, war has become the sacrament of our times, in a conception of sovereignty that operates by annihilating all those considered to be enemies of the state.

Despite his dire diagnosis, Mbembe draws on post-Foucault debates on biopolitics, war and race, as well as Fanon’s notion of care as a shared vulnerability, to explore how new conceptions of the human that transcend humanism might come to pass. These new conceptions would allow us to encounter the other not as a thing to exclude, but as a person with whom to build a more just world.

Frantz Fanon, who was born on the Caribbean island of Martinique, studied in France and then joined the struggle for the liberation of Algeria from ...
Opinion & Analysis
2 years ago

"This book is an attempt to make sense of black life and black history from a continental perspective."
Books
2 years ago

Students' decolonisation of varsities has only just begun

Black liberation writer Frantz Fanon said: "Each generation must discover its mission, fulfil it or betray it." As student movements and protests ...
Opinion & Analysis
6 years ago