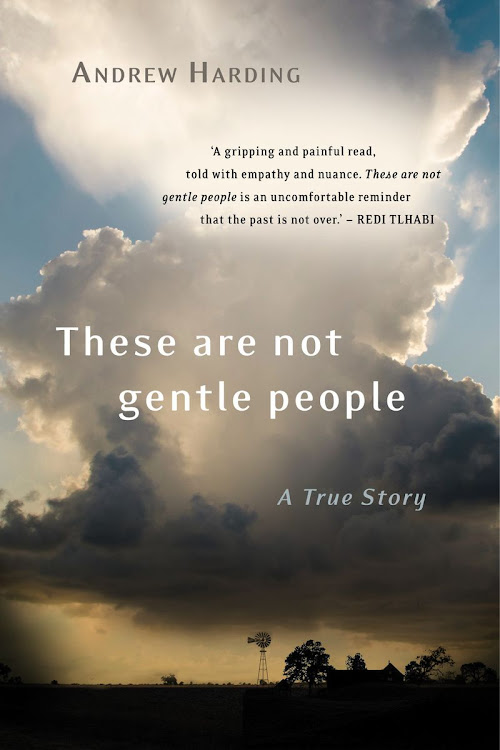 'These are not gentle people' is a profound exploration of collective guilt and individual justice.
Image: Supplied

‘A gripping and painful read, told with empathy and nuance. These are not gentle people is an uncomfortable reminder that the past is not over.’ – Redi Tlhabi

At dusk, on a warm evening in 2016, a group of 40 men gathered in the corner of a dusty field on a farm outside Parys in the Free State. At their feet lay two black men – suspected thieves.

Some were in a fury. Others treated the whole thing as a joke – a game. The events of the next two hours would come to haunt them all. They would rip families apart, prompted an attempted suicide, breakdowns, divorce, bankruptcy, threats of violent revenge and acts of unforgivable treachery.

These are not gentle people is the story of that night, and of what happened next. It’s a courtroom drama, a profound exploration of collective guilt and individual justice, and a fast-paced literary thriller. It's the story of the brutal beating and death of two young men and those accused of committing the crime.

Award-winning foreign correspondent and author Andrew Harding traces the impact of one moment of collective barbarism on a fragile community – exposing lies, cover-ups, political meddling and betrayals, and revealing the inner lives of those involved with extraordinary clarity.

The book is also a mesmerising examination of a small town trying to cope with a trauma that threatens to tear it in two – as such, it is as much a journey into the heart of modern SA as it is a gripping tale of crime, punishment and redemption. When a whole community is on trial, who pays the price?

ANDREW HARDING is the author of the internationally acclaimed The Mayor of Mogadishu and a foreign correspondent for BBC News. He left Britain in 1991 and has since lived and worked in the former Soviet Union, Asia, Kenya, and – for the past decade – in South Africa. His radio and television reports have won him international recognition, including an Emmy. He lives in Johannesburg with his family.

No love lost in Parys

Norma Jubeba is waiting for news today. She will be sitting in her room on a floor that smells of urine, waiting for her daughters to tell her what ...
News
6 years ago

Seated in the midst of the gesturing babble that marks lunchtime at the Wits Club, Jonny Steinberg radiates stillness. Dedicated bird-watchers learn ...
News
2 years ago

"How important is it, morally, to remember what has happened in our own lives?"
Books
2 years ago