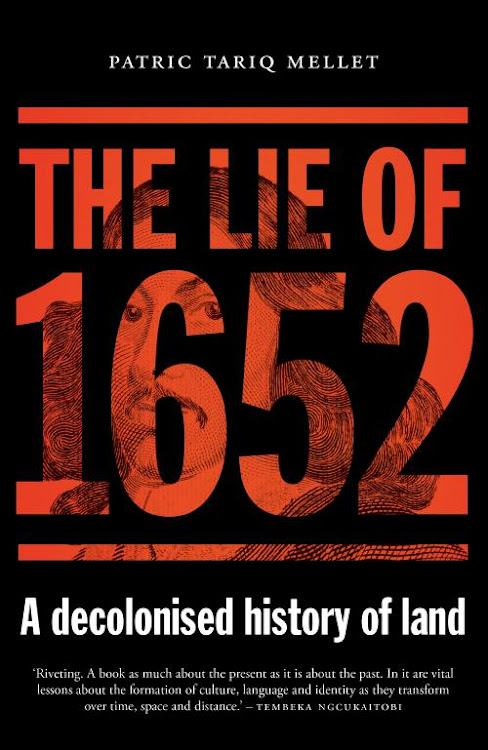 'The Lie of 1652' is a plea for recognition and restoration.
Image: Supplied

In this radical critique of established pre­colonial and colonial history, heritage activist Patric Tariq Mellet retells the story of dispossession, the destruction of livelihoods and the brutality of slavery in SA.

Drawing on scholarly work and his own experience of searching for identity, Mellet provides a bold new perspective on the loss of land and belonging. Characters such as Autshumao, Krotoa and Doman come to life in the story of the founding of a port at Cape Town.

Mellet debunks the ‘empty ­land’ myth and claims of a ‘Bantu invasion’, while outlining over 220 years of war and resistance, recounting the history of migration to the Cape and providing a provocative perspective on the de-Africanisation of local people of colour. The Lie of 1652 explores what Africans lost through the expropriation of land and, by extension, home, belonging and social cohesion.

It's a plea for restoration, and for recognition of the ties that bind us as Africans of diverse ethnicities and cultures.

Mellett is a former liberation movement cadre and a resident cultural and history analyst on Cape Talk. In 2009 his work on the intangible heritage received a Western Cape Provincial Honours award. In 2019 the minister of sport, arts and culture appointed him to the governance council of the SA Heritage Resources Agency.

Zoë Wicomb’s novel offers an acerbic exploration of colonial history in superb prose and with piercing wit.
Books
1 year ago

The hotly anticipated second novel by Petina Gappah, 'Out of Darkness, Shining Light', follows the epic journey of Dr Livingstone's corpse - and the ...
Books
2 years ago

In 1937 a small group of young Cape Town intellectual-activists made the decision to establish a cultural society for the purpose of, as they put it ...
Books
2 years ago