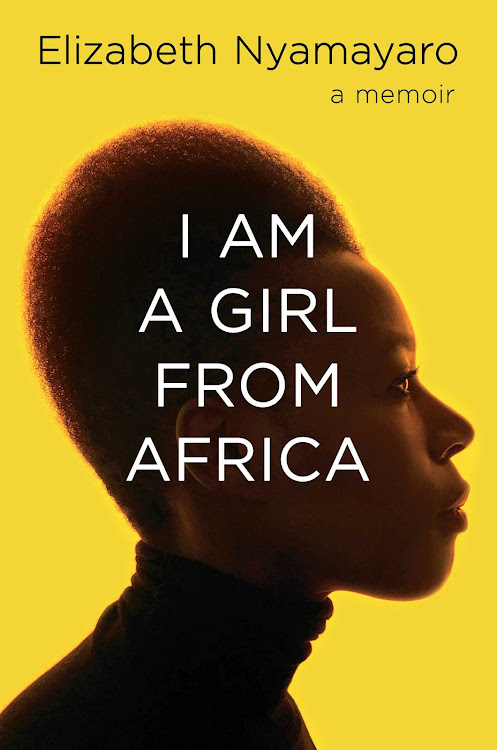 'I Am A Girl From Africa' is a powerful memoir about a girl whose near-death experience sparked a dream that changed the world.
Image: Supplied

She squeezes my hand and smiles. “I am here to feed hungry children in the village, because as Africans we must uplift each other.”

I don’t understand what it means to uplift others, but I nod. I know that I can finally stand up. I will search for food. I will live.

When severe drought hit her village in Zimbabwe, Elizabeth Nyamayaro, then eight, had no idea this moment of utter devastation would come to define her life purpose.

Unable to move from hunger, she encountered a UN aid worker who gave her a bowl of warm porridge and saved her life. This transformative moment inspired Nyamayaro to become a humanitarian, and she vowed to dedicate her life to giving back to her community, her continent and the world.

Grounded by the African concept of ubuntu — “I am because we are” — I Am a Girl from Africa charts Nyamayaro’s quest in pursuit of her dream from the small village of Goromonzi to Harare, London and beyond, where she eventually became a senior adviser at the UN and launched HeForShe, one of the world’s largest global solidarity movements for gender equality.

For more than two decades, Nyamayaro has been instrumental in creating change in communities all around the world and uplifting the lives of others, just as her life was once uplifted.

The memoir brings to vivid life one extraordinary woman’s story of persevering through incredible odds and finding her true calling while delivering an important message of hope and empowerment in a time when we need it most.

Elizabeth Nyamayaro is an award-winning humanitarian and former UN senior adviser on gender equality. Born in Zimbabwe, she has worked at the forefront of global development for more than two decades improving the lives of underserved populations and has held leadership roles at the World Bank, World Health Organisation, UNAids and UN Women. I Am a Girl from Africa is her first book.

Siphiwe Gloria Ndlovu, author of 'The History of Man' and 'The Theory of Flight', explains her writing process.
Books
5 months ago

"Women’s stories are only recorded and recognised at their own instigation and by their own activism. It is not in the interest of patriarchy to do ...
Books
6 months ago

Together with Fred Khumalo, Xoliswa Nduneni­-Ngema's "Heart of a Strong Woman" tells her powerful story of triumph and perseverance
Books
8 months ago

This collection demonstrates the diversity and remarkable literary achievements of black women.
Books
1 year ago
Next Article