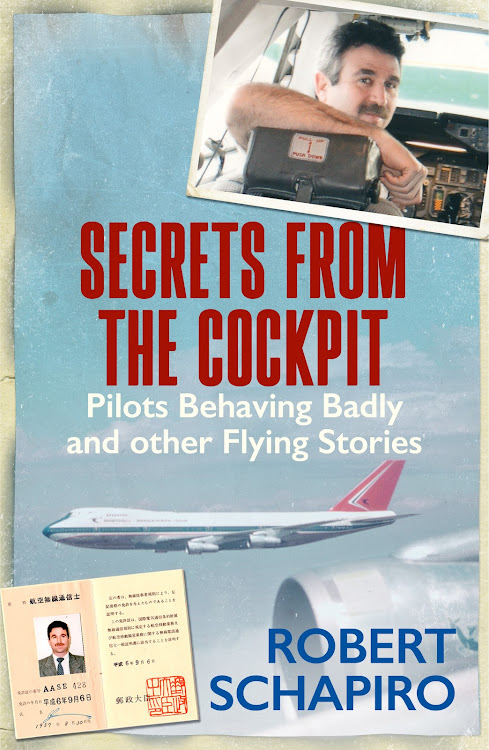 Robert Schapiro always wanted to fly. Challenging anti-Semitic bullying, mockery and fierce rivalry, he realised his dream by earning his wings in the South African Air Force and going on to command C-47 Dakotas in the Border War.

He joined South African Airways (SAA) in 1979, soon learning it was a time when SAA crews were dominated by the “Royal Family” – captains who thought themselves above the rules and who spent time overseas on drinking binges or coaxing air hostesses to be their “airline wives”.

When sanctions forced SAA to cut back on its routes, he was seconded to Japan’s Nippon Cargo Airlines, routinely flying between New York and Tokyo and grappling with often-hilarious cultural misunderstandings as he adapted to a Japanese style of operations.

Schapiro is disarmingly frank about life as an international pilot. He divulges near misses, emergency landings, navigation errors, passenger shenanigans (seat sex, anyone?), how pilots control rowdy travellers and absorbing detail about the technique of flying different aircraft types.

Uplifting and humorous, his memoir offers a rare slice of aviation history.

Schapiro was a professional pilot for more than 30 years. Born in Cape Town, he started his aviation career in the SADF at 17. He became one of his squadron’s youngest-ever commanders at 20, flying Dakotas in the Border War in the late 1970s.

Schapiro went on to develop and teach courses to help those afraid of flying. He died of cancer in 2017 at age 59.

Written with humour and humanity, 'Angolsh' evokes the atmosphere of the 1970s and tells the story of a man coming of age
Books
2 years ago

This year, Exclusive Books celebrates 70 years of getting more books to more people.
Books
7 months ago