Breaking the hold of shame 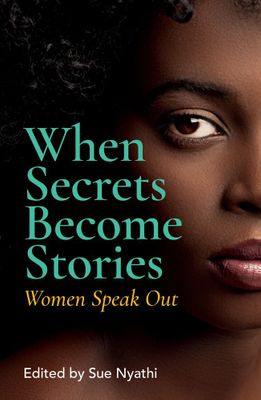 She was asking for it.

She should have known better.

Bekezela (persevere), she was told.

It’s because I love you, he said.

It’s not that bad, she told herself.

Sharing their experiences from girlhood to the boardroom, from Cape Town’s suburbs to the hills of KwaZulu-Natal, women from different walks of life show how chillingly common male violence against women is. Together, their voices form a deafening chorus.

Gender-based violence feeds on shame and silence but in this extraordinary collection, brave women reclaim their power and summon the courage in others to do the same. By speaking out, sharing what was once secret, shame’s hold is broken.

Heart-rending at times, it is the honesty and courage of the writing that truly inspires.

Sukoluhle “Sue” Nyathi is a writer by passion and an investment analyst by profession. She has written three novels — The Polygamist (2012), The GoldDiggers (2018) and A Family Affair (2020). The GoldDiggers was longlisted for the Barry Ronge Fiction Award and the Dublin Literary Award, while A Family Affair has been longlisted for the Humanities and Social Sciences Award. She also contributed to Black Tax: Burden or Ubuntu? (2019) and Hair: Unpicking and Weaving stories of Identity (2019). Nyathi lives in Johannesburg.

In her latest book, academic Pumla Dineo Gqola peels back with typical depth and clarity of insight the layers of false beliefs that continue to keep ...
Opinion & Analysis
1 year ago

Accomplished businesswoman Andy Kawa’s life was changed irrevocably when, on a summer’s day in 2010, she took a stroll on the popular King’s Beach in ...
Books
1 year ago

South Africa has one of the highest murder rates in the world, and a femicide rate that is more than five times the world average. In this book, Dr ...
Books
1 year ago