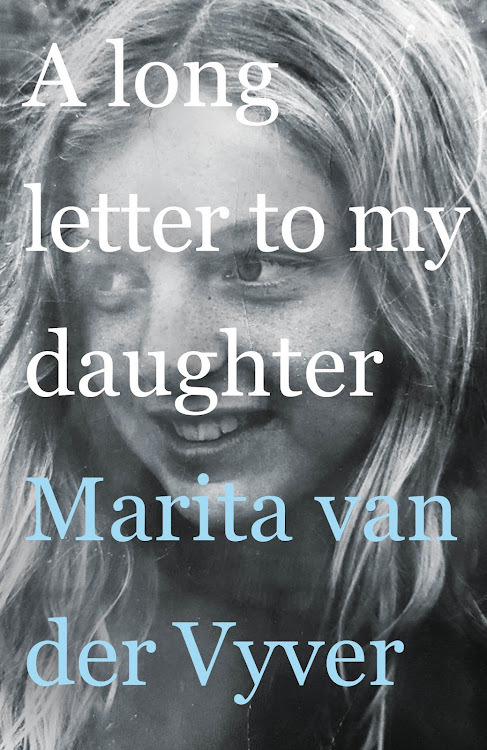 This is a glorious book about growing up, language, writing, family, motherhood and political awakening. It is an exploration of what makes a writer, and of how someone becomes the person they do. It is also the story of being a child, white and Afrikaans, in apartheid SA in the 1960s and 1970s and all the baggage that comes with that.

Marita van der Vyver has written for young adults and adults, and has a long and distinguished bibliography. This latest book is a memoir, written in the form of a letter to her daughter Mia, and tells of Van der Vyver’s life, from her earliest days in Cape Town until she went to Stellenbosch University on a bursary  won for her poems. Interestingly, poetry is about the only literary form she hasn’t explored as an adult. The book also tells us what she knows about the lives of her parents and grandparents

Van der Vyver grew up speaking Afrikaans while her daughter Mia has grown up speaking French. Language, and our relationship with our mother-tongue, is an important strand in her story. She is comfortable in both English and French, but, despite having lived in France for a long time, and raising children who are French, Afrikaans is the language of her heart.

A long letter to my daughter is also a political book, though in no way strident. Van der Vyver describes herself as burdened with the complicity of her parents and grandparents in the apartheid system, and with her own obliviousness as she grew up. She describes the need to find a way to talk about the past and our relationship with it. But she emphasises the need to talk without accusations or intolerance. In the time of cancel culture and Twitter rants, it is an important message.

If all this sounds solemn, A long letter to my daughter is anything but. Van der Vyver is a witty writer, and there are plenty of laugh-out-loud moments as she tells of her upbringing and contrasts it with her daughter’s. She has created a remarkable and very enjoyable book.

What better way to honour our moms than with the gift of a book. Jennifer Platt has some great new recommendations.
Books
5 months ago

Marita van der Vyver has always been provocative but even she was not ready for the response to her new book, writes Michele Magwood
Books
1 year ago

Memoir and quest combine to form a deeply moving history and the story of a life, writes Michele Magwood
Books
2 years ago