Disillusioned comrade's painful journey out of exile, from villain to vindication 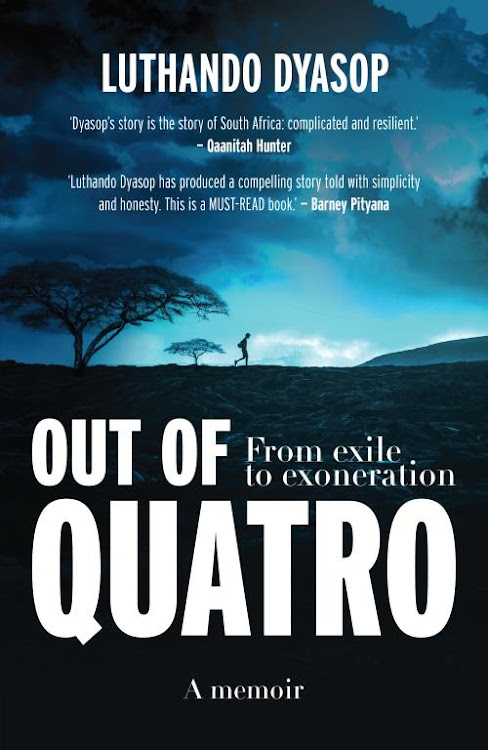 'Out of Quatro' is a story not only about Luthando Dyasop’s extraordinary life, but also about a tumultuous time in ANC history.
Image: Supplied

The memoir starts with a vivid account of a young life as a black artist in apartheid SA. From the Wild Coast, at times idyllic despite the frustrations of Bantu Education, the author takes us on a journey beyond the Drakensberg Mountains, where an idealistic Dyasop joins Umkhonto we Sizwe, the banned ANC’s military wing.

Soon disillusioned by the autocratic rule within the training camps, Dyasop falls out of favour with the powers that be. Implicated in a comrade’s suicide attempt, then suspected of mutiny, he is sent to the Quatro detention centre. After years of daily beatings and gruelling physical labour, Dyasop is eventually released, and finds himself in Tanzania, where he begins his battle for vindication.

Out of Quatro is a story not only about Dyasop’s extraordinary life, but also about a tumultuous time in ANC history, the resonance of which is still being felt today.

Decades after his release from Quatro, Dyasop has found his voice to tell his story.

“Beautifully written, humane in judgement, an essential account from a front-line soldier of the ambiguities of South Africa’s unfinished struggle for liberation.”
— Prof Thula Simpson

Compelling and revelatory, Themba Maseko's 'For My Country' shows what it takes to stand up for one’s principles and defy the most powerful man in ...
Books
4 months ago

Moe Shaik takes the reader on a thrilling ride, navigating the most turbulent and uncertain parts of SA's late apartheid and transition past
Books
1 year ago