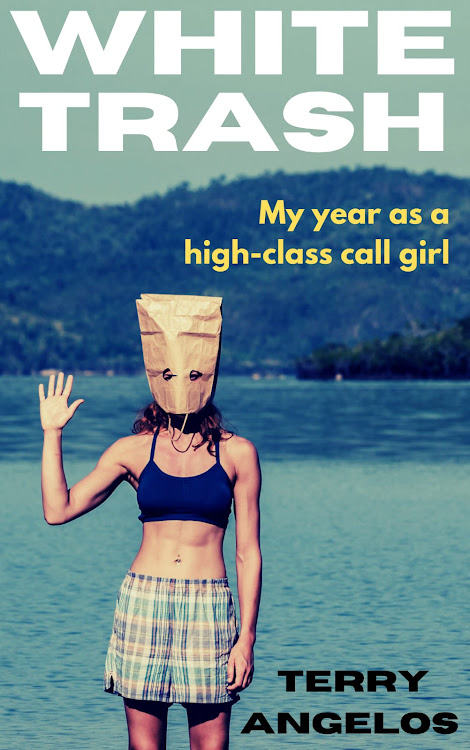 ‘White Trash: My year as a high-class call girl’ is a memoir by Terry Angelos.
Image: Supplied

Raised during the Rhodesian bush war and immigrating to SA at the age of 11, Terry Angelos is shaped by a white culture that is racist, unstable and deeply divided. Her childhood is bizarre as adults around her insist on living their version of normality while the world falls apart.

Hungry for adventure and wildly curious, 19-year-old Angelos drops out of her fine art degree in SA and escapes to London, where she soon descends into the city’s seedy underbelly to begin working as a “high-class” call girl. By the time she’s 20, she’s embroiled in the underworld of Chinese Mafia, depraved clients and a perilous blackmail scheme.

In a remarkable turn of events, at her lowest point of no return, she finds a seed of hope in a crowded tourist hub. Her journey towards redemption is both magnificent and miraculous as she embarks on a heroic quest to reinvent herself.

BOOK EXTRACT | The bogeyman, the tokoloshe and the terrorist, all rolled into one

‘White Trash: My year as a high-class call girl’ is a memoir by Terry Angelos to be published in September
Opinion & Analysis
4 months ago

Barbara Masekela has written a memoir that embraces her childhood search for identity, a journey of discovery into the lives of those who gave her ...
Opinion & Analysis
4 months ago

This is a glorious book about growing up, language, writing, family, motherhood and political awakening.
Books
6 months ago

Andile Gaelesiwe is celebrated across SA as the adored host of Khumbul’ ekhaya on SABC 1. Yet few know that behind the glamour of her public image, ...
Books
8 months ago