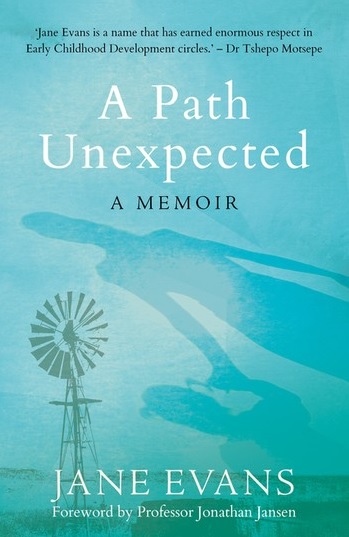 Jane Klein was a young journalist editing the women’s pages on the Rand Daily Mail in the momentous year 1976.

She then married Free State farmer Anthony Evans, and found herself transplanted to the cattle and mielie lands near the small town Viljoenskroon. Talk about a culture shock: the adjustment was very hard.

Evans found herself having to learn the role of a farmer’s wife and adjust to a very different society.

Meanwhile, in the wider SA, things were on the boil. On June 16, the Soweto youth uprising started, and Evans began to think about children and education, particularly the foundations of learning.

What began as a nursery school on the farm where she lived would grow over more than 40 years into Ntataise, the non-profit organisation which has seen many thousands of children receive the vital educational start of learning through play, and thousands of women from rural areas being empowered as they trained to become early childhood development teachers. Evans worked with the women, learned with them and from them and made mistakes with them. She has also, pretty well single-handedly, raised enormous amounts of money which allowed Ntataise to grow into what it is today. Ntataise is a Sotho word meaning “to lead a young child by the hand”, and that is exactly what it has done.

Evans writes beautifully, and her story makes for a compelling read. She is honest about her mistakes and deals intelligently with the huge disparities between her — a wealthy and successful white woman — and the impoverished rural women she works with, many of whom have become her dear friends.

There have been misunderstandings, problems, criticisms to deal with, disasters and triumphs, all against the backdrop of the turbulent years of the 1970s, 1980s, 1990s and the 21st century.

Running parallel to the work of the organisation is Evans’ personal life, cleverly combined with the story of Ntataise.

During the early years she had four children and had to deal with the agony of watching them, when very young, go off to boarding school. She has had to cope with serious illness, retirements, loss and deaths, including that of her husband and perpetual supporter.

Taking the journey with her is more than worthwhile.

‘White Trash’ author opens self to raw truth about racist, hedonistic, traumatic past

The first impression of the erudite, cheerful, and expertly-coiffed middle-aged blonde woman, clad in a leopard print scarf and matching skirt, ...
Books
7 months ago