Bron Sibree talks to Amitav Ghosh about nutmeg and how it illuminates the story of colonialism, capitalism and the modern geopolitical order 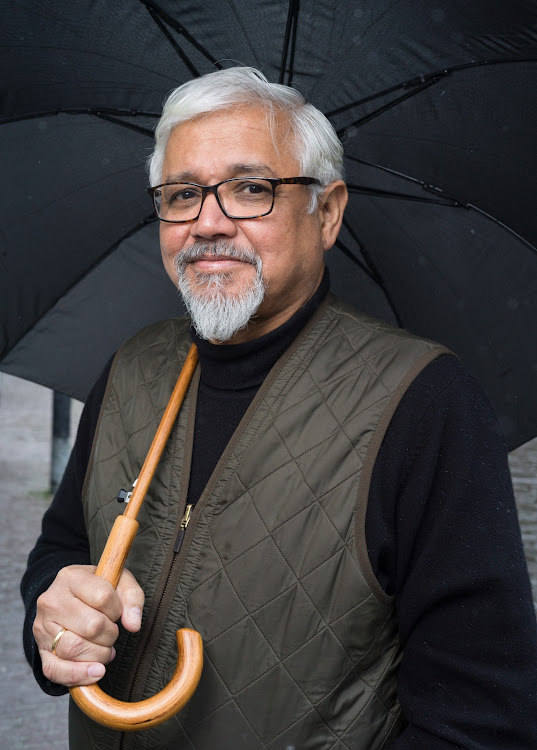 It’s no surprise that Amitav Ghosh’s latest  book, The Nutmeg’s Curse: Parables for a Planet in Crisis, turns much accepted thought — be it about climate change, colonialism, capitalism or the current geopolitical order — on its head. After all, as the celebrated author of several award-winning novels about forgotten aspects of colonial history and six works of non-fiction, including his 2016 book about climate change, The Great Derangement, is quick to  remind me, “I’ve been thinking and writing about a lot of these subjects for years now. I just needed to bring it all together.”

Yet it’s hard not to marvel at the ambitious scope and depth of The Nutmeg’s Curse, which is a series of extensively researched and deeply provocative essay-like chapters that will reshape your entire worldview. Its catalyst was a journey he made in 2016 to the Banda Islands, a tiny cluster of volcanic islands within another group of islands in the wider Indonesian archipelago known as the Maluku islands or the  Moluccas, once called the spice islands. “At the time I didn’t have any plans to write about it at any great length. I wrote a short piece for a travel magazine but that was it. But in the ensuing years I just  kept coming back to that visit. The Banda Islands just seemed to pull everything together.”

He writes early on in the book of how the tiny island of Lonthor in the Banda Islands gave the world nutmeg and mace — the outer skin of the nutmeg — only to be become the site of one of the early modern world’s first genocides. Until that massacre, carried out in 1621 by the Dutch East India Company, who arrived in 1599, the Bandanese had enjoyed prosperity from these spices, cultivated from the fruit of a tree indigenous to the island and traded for more than a millennium along diverse networks. But in 1621, the then governor of the Dutch East India Company, intent on enforcing a monopoly on the lucrative nutmeg trade, ordered the systematic slaughter of the islanders, deporting any survivors to be sold as slaves. The governor then set about creating a plantation economy,  bringing in slave labour to cultivate the nutmeg. Nearly half a century later, when spice prices fell, the company embarked on a campaign of eradicating the actual nutmeg trees, as well as the clove trees that grew on the nearby island of Ambon. 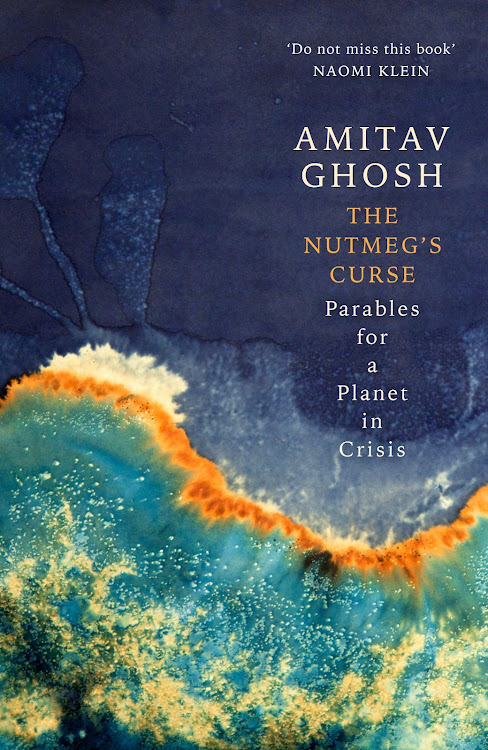 'The Nutmeg's Curse: Parables for a Planet in Crisis' by Amitav Ghosh.
Image: Supplied

For Ghosh, nutmeg’s history encapsulates the history of the extractivist ideology that is foundational to western colonialism, capitalism and the modern geopolitical order and has led us ultimately to the current climate crisis. “It’s not that the nutmeg is such a big resource, but it was a way to illustrate how, and with what extreme violence, this extractivism has proceeded over many centuries. We always talk about climate change and these issues as though they are just contemporary. But they’re not, they have a very long pedigree.”

Integral too, to the evolution of this violent extractivist model of economy was the evolution of the mechanistic view of the world, which remains dominant today. Indeed he argues this view of “nature” as an inert repository of resources to be “subdued”’ and harnessed for profit was already taking shape at the time among the elites who were involved in the two great European projects of the time — the conquest of the Americas, and the trade in enslaved Africans. “The whole idea of ‘the resource’ is itself something that we have to be so careful about,” says Ghosh, “because human beings are also treated as a resource under this way of thinking.”

In The Nutmeg’s Curse he also delves into the entire literary and philosophical canon in order to comprehend that way of thinking — and contrasting it with indigenous vitalist ways of thinking, which give voice and agency to botanic and other non-human entities — in order to explain “how we got from there to here”.  Sir Francis Bacon, the father of modern science, was one of the first to confer on Christian Europeans a God-given right to extinguish peoples who appeared errant or monstrous in their eyes, in the late 1620s,  reveals Ghosh. “And it is in the 17th, 18th century — what we call the Enlightenment — when you get this model of a completely human-centred universe, where only humans get to speak. But of course when they say humans they don’t mean all humans, for black and brown people and poor white people, especially women, are also not quite human. They were burning women in their hundreds of thousands in Europe at exactly that time. So it is a really pathological view of the world that emerges at this point.”

He began writing The Nutmeg’s Curse in his Brooklyn home in March 2020, just as the latest coronavirus was “becoming the most threatening and capable presence on the planet”, miraculously completing it 10 months later. “I just wrote like crazy. It was a very intense labour, but I just felt this incredible sense of urgency. A lot of that urgency had to do with the pandemic, and I think we are going to see many of these in the future.”

Ghosh takes some hope from young people’s understanding of the climate crisis, and from the vitalist thinking of indigenous peoples that he writes about so eloquently in The Nutmeg's Curse. But this is tempered by his appreciation of the great divide between the Global South and the western world on the nature and cause of the contemporary climate crisis. “I feel it is very, very important that we recognise that this is a problem with profound historic depth,” says Ghosh, “and that we will never be able to address this problem until we acknowledge this historic depth.” 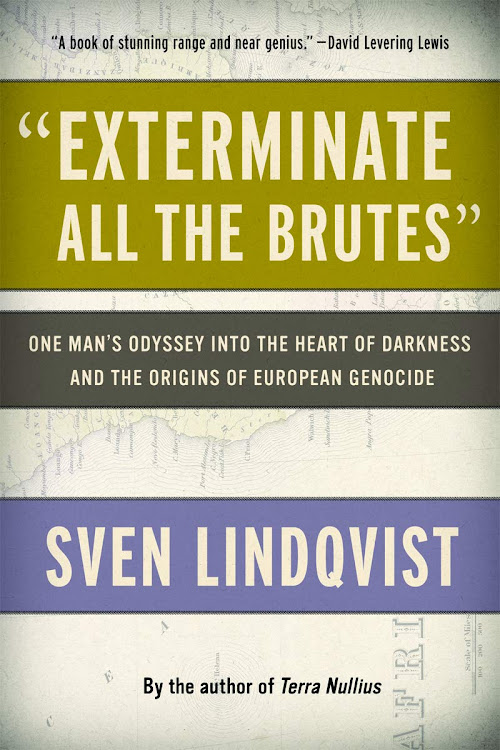 'Exterminate all the Brutes: One Man’s Odyssey into the Heart of Darkness and the Origin of  European Genocide' by Sven Lindqvist.
Image: Supplied

This is very hard to answer, as I have books in Indian languages, and in western languages, but Swedish author Sven Lindquist’s books are very influential to me. One of them is about Africa, called Exterminate all the Brutes: One Man’s Odyssey into the Heart of Darkness and the Origin of  European Genocide. It is powerful, and I would say it is also stylistically an interesting book. His book about Australia, Terra Nullius, is also a very important book, in the way he used landscape and place.

And the same vein I would say Ben Ehrenreich’s book Desert Notebooks: A Roadmap for the End of Time, which I read just as I started to write The Nutmeg’s Curse, made a huge impression. It also uses landscape in a unique way. It made me think about a lot of things in a  different way. It was also stylistically interesting because his book was written in the parabolic form.

The Falling Sky is a wonderful book by David Kopenawa Yanonami. It  describes what it is like to see the world in a shamanic way. And in that same vein I would say Leslie Marmon Silko’s works Ceremony and Storyteller  gave an indigenous perspective as well as she is able to bring storytelling and the non-human world together in very powerful and ways, but the book of hers I particularly like and want to cite is her memoir, The Turquoise Ledge. It is about growing up as an indigenous woman, and how her perceptions of the world were so different from that of the mainstream society.

Braiding Sweetgrass by Robin Wall Kimmerer, who is an indigenous botanist, brings together modern western science and indigenous perspectives on wisdom and knowledge. It is a wonderful book and you learn a lot from it.

Mila de Villiers chats to the grand dame of magical realism about her new novel that captures the upheavals and triumphs synonymous with the 20th ...
Books
2 months ago

“When a pandemic arises it puts everything that's wrong with our approach to nature and wildlife conservation to the forefront.”
Books
1 year ago

In his new novel, Ghosh says he was writing about 'something urgent and real', writes Bron Sibree.
Books
2 years ago