Helping write the wrongs of many an aspiring writer 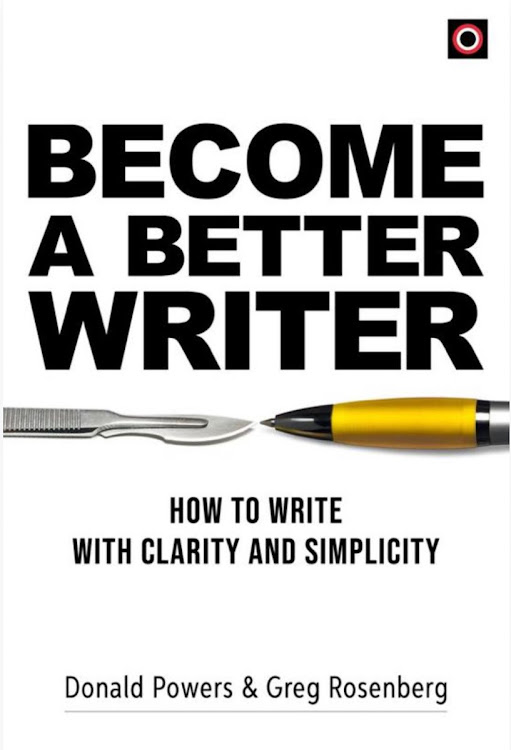 'Become a Better Writer: How to Write with Clarity and Simplicity' is essential reading for academics, students and emerging professionals.
Image: Supplied

Just over a decade ago, as I transitioned into the world of academia, I acquired a copy of Lynne Truss’ seminal work, Eats, Shoots & Leaves. The book had gained prominence in 2003 when Truss had published it as the aptly subtitled monument to the zero tolerance approach to punctuation. The book’s initial hurdle – how to be engaging without sounding like a prescriptive tome resembling an instructional manual – was superbly conquered by the author’s wit and sense of humour. Its narrative style managed to engage while providing insights into the nuances of a language that is as widely spoken as it is poorly written.

Although Truss managed to provide a necessary intervention in bridging the grammar gap, what remained elusive for me was how to become a better writer. Where were the tools to achieve this goal? The nature of academic work, involving the drafting, reviewing and editing of texts and submissions from different audiences, requires a blend of skills that are often difficult to find. In the South African context, the dominance of English in a nation where so many citizens are second- or even third-language speakers, remains a unique challenge.

As I observed multiple cohorts of students trying to bridge the gaps in their language and communication skills while simultaneously trying to master the technical content, it became evident that some guiding principles on academic and professional writing were needed. Consider the evolution of a South African university student. As products of a basic education system that disproportionately rewards rote learning rather than creative endeavour, far too many students transition into higher education with poorly developed writing skills. Such gaps manifest and multiply as technical jargon is added to the scope of learning activities and outcomes.

In the absence of guidelines for clear, effective writing, students instinctively gravitate towards safety zones or dump quantity in the hope that some coherence emerges. As they migrate from narrow-scope writing projects to larger volumes of work – and in the case of accounting students, annual reports – the quality and impact of the writing gradually diminishes. What then emerges are lengthy submissions loaded with a plethora of ideas, the links and connections of which are difficult to identify. In an indictment of the writing community at large, public reference points – annual reports, political speeches and communiques – tend to suffer from the same limitations. Such reports become an insurmountable information barrier that alienates rather than engages and obfuscates rather than informs.

The recent publication of Become a Better Writer is a timely intervention. When I first perused the book in light of its stated intention to help us write with clarity and simplicity, I was worried that it would be yet another case of accomplished writers seeking to make writing accessible, only to be betrayed by their own writing skills, which can hardly be described as elementary. The stellar biographies of the writers only fuelled my anxiety – Greg Rosenberg has three decades of experience at the heartland of high-level journalism and writing, and Powers holds a PhD in English literature from that fabled English department at UCT that once had JM Coetzee and Imraan Coovadia in its hallways.

As it turns out, the authors have managed to stay true to their commitment. Over the course of six chapters they provide guidance on how to achieve clarity and simplicity in writing. Notably, they use examples and explanations that enable a reader to appreciate the minute differences in sentence structure, narrative and jargon that once corrected significantly improve the quality of the writing.

As someone who engages with technical reports that need to be accessible to a wide range of readers, I was drawn to the third chapter, which focuses on readability and persuasion in writing. The tips contained here – particularly the need to consider the audience and ensure accessibility – are core skills for anyone involved in corporate writing and communications. As the world of business diversifies and becomes more global, the ability to identify appropriate ways of communicating with diverse audiences is even more critical. The eternal confusions around abbreviations and acronyms, colons and semicolons, hyphens and dashes, are addressed with a sense of clarity that will prove invaluable to writers of all persuasions.

For academics, students and emerging professionals, the book will be one of the most important tools in their communications arsenal.

This engaging new book, available in print and electronic form, distils the authors’ decades of experience as writers and editors.
Books
2 months ago