Stephen Timm on writing 'At Any Cost'

Stephen Timm chats about how his book At Any Cost: The South African fraudster who took the tech world for more than $40 million 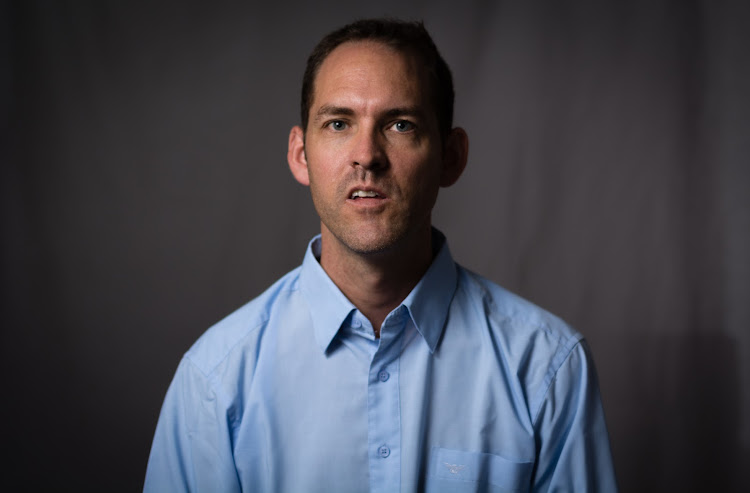 Stephen Timm's book, 'At Any Cost', is about South African entrepreneur/fraudster Eran Eyal, who fleeced US big tech out of millions and was convicted in a New York court of three counts of fraud.
Image: Craig Dodds

I still remember the call. It was August 2018 and I was attending an event for a tech start-up when my cellphone rang. It was my boss, the late Matthew Buckland. Had I heard, he asked, that Eran Eyal, the South African tech entrepreneur and founder of Springleap, had just been arrested for fraud in New York.

It couldn’t be, I thought. The Eyal I knew, from meeting him a number of years back, was a gentle and kind soul. He was the last person I'd assume would steal millions of dollars from anyone. At least, that’s what I believed when he was arrested at JFK Airport and taken to Rikers Island for three weeks, before posting bail of $250,000.

I wasn’t alone. Most in SA who knew him said the authorities must have got it wrong, that these were likely administrative errors and little else. But things were far worse than many believed. Eyal, who in December 2019 would be convicted following a plea agreement in a New York court of three counts of fraud, stole millions of dollars from investors by, among other things, presenting fictitious information about his investors and clients and touting fake pilots to raise $42.5 million via an initial coin offering (ICO) for his start-up Shopin. 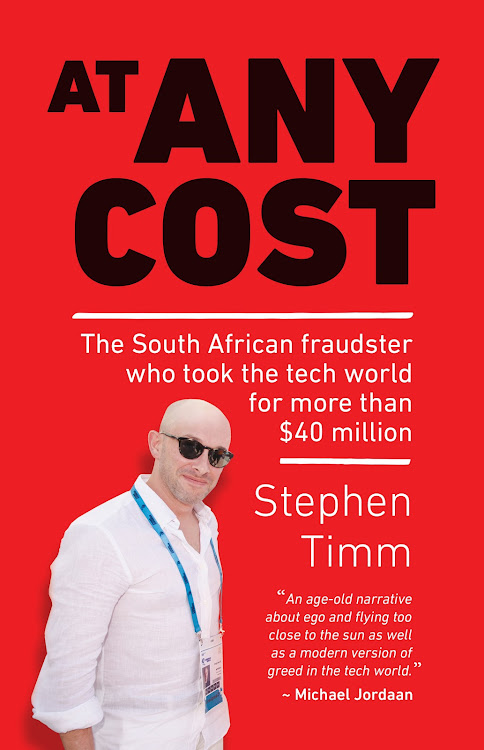 At Any Cost by Stephen Timm
Image: Supplied

In my bid to get to the bottom of things, I wrote numerous articles on the saga for the publication I edited at the time, Ventureburn. In late February last year I flew to New York to attend his sentencing. My plan was to interview Eyal, but a few days before arriving he sent me a WhatsApp message and said he would not be able to speak to me because it might break the conditions of his plea agreement. On the surface of it, the tech world is full of such reprehensible behaviour – of bluffing it until you make it big, or as the common saying in the tech start-up world goes “fake it till you make it”.

Yet Eyal was doing more than just that. He was, as I was to discover later, lying about it all. As I spoke to more investors and company insiders, the details became clearer. There wasn’t a person he had not fooled. In defence, Eyal lambasted my reporting as “fake news”. He also issued various media organisations with a lawyer’s letter requesting that certain stories be expunged from the web, offering “reimbursement” in exchange.

But the details of the investigation left no doubt in anyone’s mind that what had transpired was pure fraud. He’d lied about who had invested in his start-ups, held back tax, got someone to web-scrape profiles of designers and market experts and marketed this as Springleap’s own database. He twice produced fake copies of printouts of his investment account and spent investors monies on drugs and other personal costs. Yet in the end, instead of getting a prison sentence, he was made to pay back $600,000 he had defrauded from four investors and was banned from serving as a company official in the state of New York for a year. In May 2021 he was deported to Israel, where he was born. In the end he got off lightly and we’re left wondering what his next move will be.

At Any Cost by Stephen Timm is published by Tafelberg, R310

A SA businessman has been convicted in a New York court of defrauding investors of millions of dollars through three investment schemes, including a ...
News
2 years ago

Stephen Timm’s new book focuses on the SA man behind start­up Shopin, who was exposed as an audacious fraudster
Opinion & Analysis
1 year ago

Jacket Notes | Lisa-Anne Julien: The connectedness of all things

Lisa-Anne Julien on writing her book ‘If You Save Me’.
Books
4 months ago