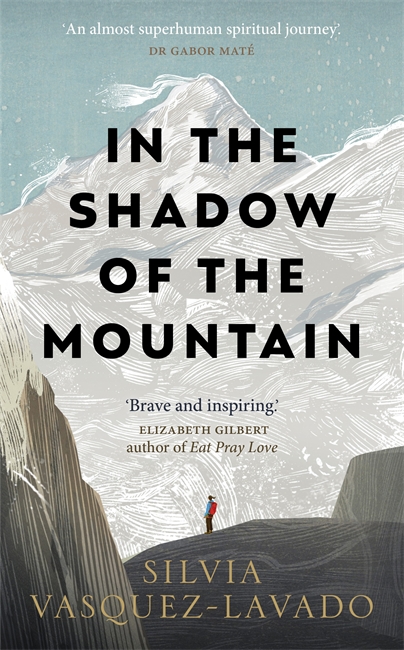 I wasn’t sure what to expect when I started this book. I have always been a fan of mountaineering literature, though never had any desire to subject myself to the cold and danger of climbing. But Silvia Vasquez-Lavado is not just writing about getting to the top of Everest or any of the other Seven Summits she has conquered. She is also writing a memoir of a difficult life.

Her story opens with a chapter where she is climbing up the Lhotse face of Everest, about five hours from the summit, in atrocious weather. The writing is powerful and the tension is palpable. Then, in the next chapter, we are back in the author’s childhood in Lima, Peru, where her conservative family hid or ignored a multitude of secrets.

For Vasquez-Lavado chief among them is the ongoing abuse she suffered that left her with severe emotional scars. The descriptions are painful and could be deeply depressing, but the writing is extraordinarily skilled, and the author’s method of alternating chapters between her horrific past and the adventurous present of her trek to Everest Base Camp, and then on to the attempt on the summit, keeps the reader completely engaged in both strands of the story.

The young Vasquez-Lavado eventually leaves Peru for education in the US, having told her mother about the abuse. In America she embarks on a high-flying corporate career which glitters on the surface but conceals her struggles with her sexuality and what she calls the “magical trifecta” of being an alcoholic, a workaholic and sexaholic. Something will have to give, and eventually it does.

She finally confronts who she is and what has happened and finds healing in the mountains. But not just personal healing: her trek to Everest Base Camp, which is an endurance test in itself, is leading a group of other young women who have suffered as she has, some trafficked from Nepal to India with the promise of a better life but in reality to work in brothels. Their stories are also powerful.

It makes for a compelling read, the two strands combining to make a rich whole. The front cover states In the Shadow of the Mountain is soon to be a major movie. Read it first – it is hard to imagine a film will adequately handle the complexities of this story.

In the Shadow of the Mountain is locally published by Jonathan Ball Publishers.

Cathy Park Kelly’s compelling and painstakingly honest book describes the insidiousness of abuse and how hard it is to leave a toxic and violent ...
Books
3 months ago

'I glimpsed the curve of my own soul': mountaineer Adrian Hayes on summiting K2

Since its first ascent on July 31, 1954 (by Italians Lino Lacedelli and Achille Compagnoni), numerous attempts have been made to summit the so-called ...
Books
2 years ago