A harrowing journey in search of answers

As much as journalist Liz McGregor tries to move beyond grieving for her murdered father, she still wants answers to what drove his killer to commit the horrific crime 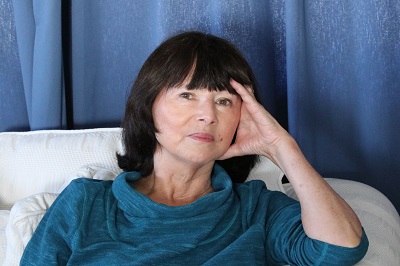 Liz McGregor has written an intimate memoir tracing her attempt to find out the truth about her father’s murder.
Image: Supplied

“The need for answers has obsessed me over the last 10 years,” Liz McGregor said at a recent Cape Town launch of Unforgiven, her book about the murder of her father, Robin McGregor. Slight, with a porcelain complexion framed by dark hair and dressed in a blue dress printed with red flowers, she cut a fragile figure as she recounted the vicious killing. Her father was stabbed repeatedly “in an act so brutal, so cruel,” said McGregor, “that it remains a concrete block on my horizon”.

She talked of her reliance on  medication to get her through the reality of the murder until she finally embarked on a quest to find the truth of what had happened on that fateful night.

A public figure best known for his yearly publication of Who Owns Whom, Robin McGregor had retired to the small town of Tulbagh in the Western Cape and had recently moved into a renovated home. About to get stuck into a new chapter of his life, even entertaining the thought of a love interest after the death of his wife years before, he falls victim to a “blooding in” gang initiation and the theft of “silver and gold” — gang terminology for murder and house robbery. 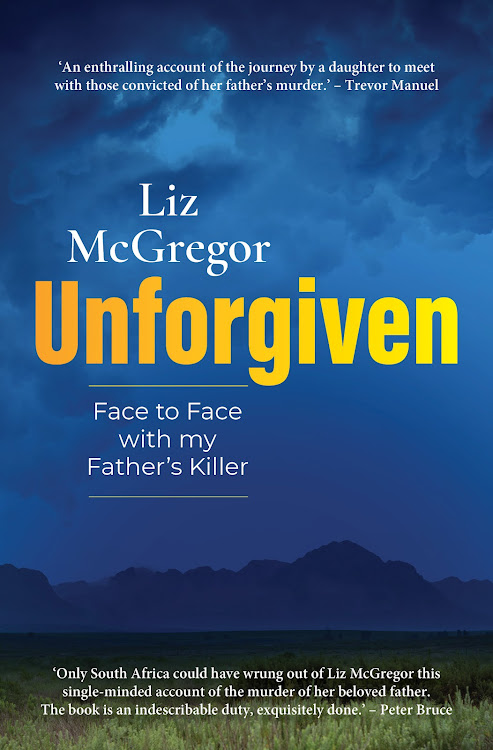 In Unforgiven McGregor describes the harrowing trial — how difficult, almost impossible, it is to keep sane staring at the accused, Cecil Thomas, in the dock. How difficult it is to hear the accused changing his story seemingly at whim and to feel at the mercy of the legal system as defence and prosecution fight to assert the supremacy of their opposing narratives. Sometime after the trial she decides to initiate the journey, emotional and physical, to meet her father’s murderer.

However, she first wants to understand better her family’s roots and begins tracing her lineage. She researches her grandfather, Alexander McGregor, and his life in Scotland, culminating in a move to SA. As she takes an intimate look at her colonial heritage she discovers that Alexander McGregor may well have crossed paths with the legendary father of the Numbers gang, Nongoloza, while they both worked at East Rand Proprietary Mines in the early 1900s. This is a seminal moment as she begins to explore the unhappy background of Cecil Thomas (growing up in the apartheid town of  Saron near Tulbagh) and the notorious 26s, 27s and 28s with which he’d become involved as a young man. And so the stories intertwine.

“I wanted to explore this story as with around 58 murders committed every day in SA, I realised how profoundly destabilising murder is — not only on a personal level but for our country.”

And so McGregor plans to meet face to face with her father’s killer, hoping that Cecil Thomas will at last tell the truth that she  as journalist and as daughter  longs for.

I wept after turning the last page of Unforgiven. McGregor’s compassionate and courageous writing brings home the vulnerability of each law-abiding resident, as too often gangs (and killers) intersect with ordinary people. I wept for Robin McGregor, for the futility of his death. I wept because there exists no viable restorative justice — most families of murder victims will never get answers, let alone justice. Without restorative justice, how can there be healing?

When it comes to our prisoners it seems rehabilitation programmes are few and far between. The gangs, in effect, run the prisons. Warders — barely the keepers of the keys — seem merely in employ to meet the demands of prisoners and to force a semblance of order. I wept because too many boys and men become trapped in gangs, and what hope is there for society as gangsters, cops and politicians remain enmeshed  in a stagnant, corrupt system?

Unforgiven speaks of it all - of the personal pain of losing a loved one to murder but also of the frustrations and challenges of dealing with an inadequate justice system. At last McGregor finds a way to regain her equilibrium after the worst has happened in a country riddled with crime.

A searing, intimate memoir tracing the author’s attempt to find out the truth about her father’s murder.
Books
1 month ago

From Tiger King's prison diaries to Magda Wierzycka's memoir, all sorts of nonfiction titles are set to hit the shelves.
Books
5 months ago

Death is a fact of life but the experience of grief is as unique to each of us as our fingerprints.
Books
2 months ago