Francis Fukuyama's latest book is a dynamic contribution to the debate on how we can move forward as a liberal, democratic society, writes Hamilton Wende 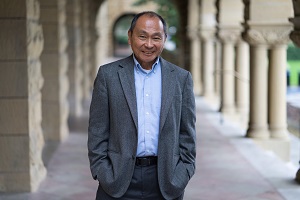 This book about a liberal world view came across my desk as Nhlanhla “Lux” Dlamini was leading yet another vitriolic campaign against immigrants, just after Julius Malema reaffirmed his support for Russia after it invaded Ukraine.

On Human Rights Day, Malema said: “That AK-47 we used to liberate ourselves ... was given us by the Russians to come here and kill the Boers who were killing our people.” He said this as the horrifying massacre in Bucha, Ukraine, was happening, which evidence strongly suggests was committed by Russian soldiers during their occupation of the town.

Fukuyama’s short, powerful and clearly written book could not be more timely. In SA and across the world, the notion of liberal democracy is under increasing threat.

It is a global existential crisis and Fukuyama’s title is an obvious nod to Freud’s seminal work Civilisation and its Discontents, which examines the human individual’s need for self-actualisation contrasted with society’s often oppressive restraints.

Fukuyama indicates what he regards as liberalism’s fundamental doctrine: “The limitation of powers of governments through law and ultimately constitutions, creating institutions protecting the rights of individuals living under their jurisdiction.”

He quickly dismisses the cliched notions of liberalism held by both the right and the left. The right hates “liberals” as a threat to what they perceive as the timeless values of family, religion and economics. The progressive left believes “liberalism” means the economic oppression of powerless poor people through the ownership of capital, and criticises the often all-too-obvious failure of liberal democracies to ensure equality for all citizens, particularly those on the margins of society. 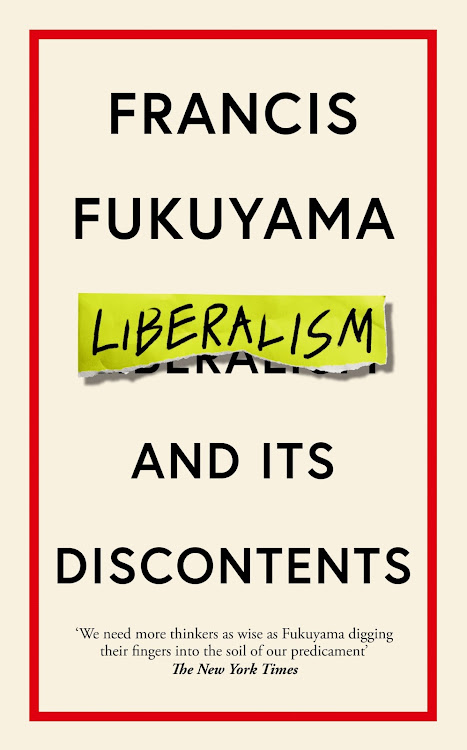 Liberalism and Its Discontents by Francis Fukuyama.
Image: Supplied.

Fukuyama believes the right’s hopes to turn back the clock on society are practically unworkable. He agrees more readily with much of the left’s criticism. While outlining that the protection of property rights is crucial to protecting individual autonomy and economic security, he also stresses that “liberalism does not lead to an equality of outcomes”.

He believes liberalism joined with democracy is crucial to enable “democratically elected legislatures to create redistributive welfare states”. This clearly resonates with our own long history of colonial land theft. Many on the left in this country see liberalism as an obstacle to finding a solution to our grossly unfair legacy of land ownership. Fukuyama points to overwhelmingly successful countries in Asia like Japan, South Korea and Taiwan, where massive land reform was achieved in the 1940s while the societies still respected property rights and maintained an openness to the world capitalist economy.

Interestingly, he gives neoliberal economics short shrift. While coal mining in Britain in the 1970s was clearly becoming unproductive and Margaret Thatcher’s defeat of Arthur Scargill’s coal miners’ union is something he calls her “most heroic moment”; he quickly adds, though, that a valid understanding of the efficiency of markets became an unquestioning, unchecked, libertarian approach to economics that was almost a religion.

He is clear that markets function properly only with a democratic and functional legal system to enforce rules on transparency, competition and monopoly ownership.

Fukuyama unashamedly defends the middle ground. He stresses over and again that tolerance is, above all, the defining moral value of liberalism, and that neither the state nor even a majority of citizens should ultimately decide who you are or who you choose to be.

Liberalism, he believes, is vital to governing diverse societies — like our own. His call that identity should be based on legally defensible personal freedoms and not on race, spurious ethnicity or religion is something that must certainly be vital to uphold in our strained and deeply unhappy postapartheid society. The alternative is too frightening to contemplate.

In fact, in the midst of load-shedding, catastrophic unemployment, and bitter political apathy matched only by the shadowy, but growing reality of mob rule, there still remains a high degree of tolerance among ordinary people of all races.

This surprises many visitors but, so far, this openness and mutual acceptance has confounded the doomsayers, despite our deep-rooted problems.

We are not a Western society such as Fukuyama largely refers to, but we are a liberal democratic society. This is the legacy of leaders such as Pixley ka Seme, Albert Luthuli and, of course, Nelson Mandela and Desmond Tutu. This heritage is under terrible strain, but Fukuyama’s book should be a dynamic contribution to the debate on how we can move forward.

It asks us to discard worn-out notions of what “liberalism” means, from both the left and right, and to work harder at creating a society of mutual respect and moderation, where each one of us has the greatest potential to live out our dreams of what we hope to be a good life, despite what others might think, or even loathe, about us and the way we choose to be ourselves.

In May 2022, evidence emerged of sabotage at three Eskom power stations.
Books
1 month ago

Now 25 years old, Exclusive Books Homebru 2022 is a mirror and a window into SA, where we are, where we have been and where we can go.
Books
2 months ago