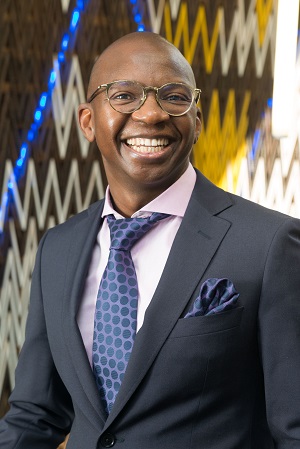 Nyimpini Mabunda is the CEO of GE Southern Africa and chair of US-SA Business at the US Chamber of Commerce.
Image: Supplied

The early feedback I have received about Take Charge validates my motivation for writing it: I wanted to inspire and motivate people, to get them to reflect on their career journeys and to be more intentional about their progression. If there is one nugget of wisdom to spill from my life story, with its setbacks and failures, it is that achieving success in business — and in life — is not as difficult as it seems if you take control of where you’re going.

As a youngster I was unexceptional in many respects and my school peers would be surprised to see where I’ve landed up, but that is the point of Take Charge. I wrote this book to be ‘an uncle in the pocket’ of those who are first-generation leaders in SA, who do not come from families and backgrounds where they knew business leaders or could be groomed by someone with corporate experience.

I wanted to make that contribution to diversity, because having people from different backgrounds and experiences in one boardroom enriches outcomes. In the book I have consolidated the lessons I had to hunt down from mentors and coaches so that readers don’t have to make the same mistakes I did and can deliver results that will propel them forward in their careers. 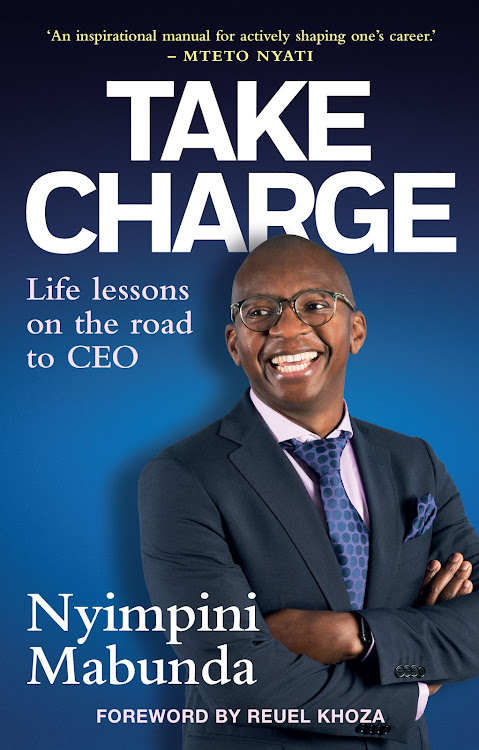 I was surprised by how much I learnt about myself in writing the book. It forced me to retrieve episodes — sometimes negative — from my memory archives. But putting my life lessons down in black and white spurred further personal growth. Recording voice notes was like therapy.

Though I’d been toying with the idea of the book for some time, I delayed getting started because I feared becoming bored or frustrated or running into writer’s block. However, I consulted with those who had walked the path before me — such as Mteto Nyati, whose Betting on a Darkie has been the benchmark for me — and once I got started with the process, it flowed and I began finding creative time for recording chapters whenever and wherever I could. I had some failures even in this process, though, such as forgetting to turn up the recorder microphone volume and finding that I’d been speaking to myself for half an hour with nothing to show for it.

Once the book was largely together, I sent it to some friends and family as first readers to gauge their response and, based on their feedback, I had to let go of some content. That felt wasteful, since I’d invested time and money particularly in a peer testimonial chapter, but ultimately all the correct creative decisions were made and the book is better for it. You pay your school fees, learn from your mistakes and change direction. What few people tell you is that writing a book is actually the first half of your task — marketing and selling it is just as important, and I’m excited about embarking on that journey because that is where my passion lies. All this is much like business!

This is your toolkit to take you the top.
Books
1 month ago

Snuggle up with winter reads from Exclusive Books

Exclusive Books has warming reads of fiction, non-fiction, young adult and children’s titles on its recommended reading list for June.
Books
1 month ago

This week we feature a delightful book about love, cooking and chemistry; a vampire novel with a difference - and too much Facebooking; plus a ...
Books
1 month ago