An astonishing read about loss and mourning 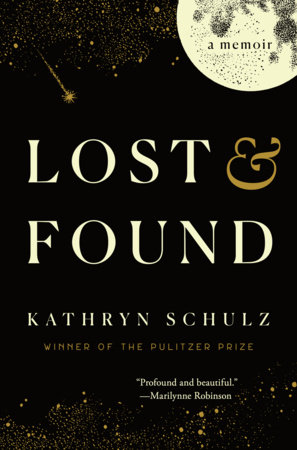 'Lost & Found' is an astonishing read about loss and mourning.
Image: Supplied

There are classic books that deal with loss and mourning — Joan Didion’s The Year of Magical Thinking and Helen MacDonald’s H is for Hawk are two obvious ones. Now Kathryn Schulz’s Lost & Found is right up there with them, and takes the subject a step further. It is a truly astonishing read.

Schulz is a Pulitzer Prize-winning writer who deals in difficult subjects with a sure and often light hand. The “Lost” part of this book deals with the death of her beloved father, and the author meditates on all loss and points out that, from the trivial to the shattering, loss diminishes our lives and forces us to realise we are ultimately powerless.

If that all sounds depressing, it isn’t. Schulz gives a warm and often amusing portrait of her father and her happy childhood. It is a pleasure to read, but through it all runs the thread that, as she says, “to be bereft is to live with the constant presence of absence”.

From “Lost”, Schulz moves to “Found”. Over the same period, when her father’s health was declining, she met and established a relationship with her life partner. Schulz digresses, as she did with the topic of loss, into the business of finding, again from the trivial to the immensely important. It is a clever construction, moving from losing to finding while creating a memoir of a period of her life.

The final section is “And”. One of the most common words in language. In this wonderful mixture of memoir, philosophy and essay, we are given a look into the history of the ampersand — the “&” of the title — which until the 19th century was the 27th letter of the English alphabet. We also get a glimpse of the author’s wedding day and a discussion of how the connections we make (the ands), all the time, ground us in the world. Schulz shows that being conflicted between two emotions, tragedy and happiness, or lost and found, is not to adulterate either but is to reach a completion. Immensely readable, lively and enjoyable, Lost & Found is also a profound and serious book. One to cherish.

Death is a fact of life but the experience of grief is as unique to each of us as our fingerprints.
Books
3 months ago

Diane Awerbuck reviews Joanne Hichens’s devastating and passionate memoir about her husband’s death and how we mourn.
Books
1 year ago

Karen Joy Fowler manages something difficult in this lengthy novel. By concentrating on one family, she manages to portray a whole society during a ...
Books
2 months ago

Here is an author to look out for in the future.
Books
4 months ago