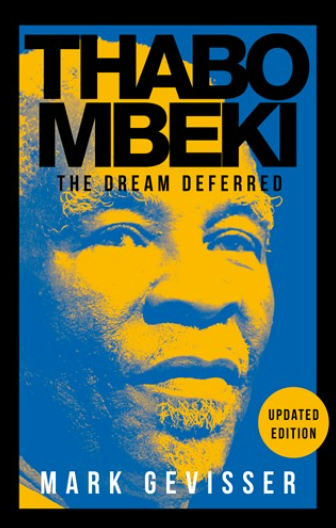 'Thabo Mbeki: The Dream Deferred' is back in print featuring a new epilogue.
Image: Supplied

Hailed in the Times Literary Supplement as “probably the finest piece of non-fiction to come out of SA since the end of apartheid”, Thabo Mbeki: The Dream Deferred is back in print and updated with a brilliant new epilogue.

The prosperous Mbeki clan lost everything to apartheid. Yet the family saw its favourite son, Thabo, rise to become president of SA in 1999. A decade later, Mbeki was ousted by his own party and his legacy is bitterly contested, particularly over his handling of the HIV/Aids  epidemic and the crisis in Zimbabwe.

Through the story of the Mbeki family, award-wining journalist Mark Gevisser tells the gripping tale of the last tumultuous century of SA life, following the family’s path to make sense of the liberation struggle and the future SA has inherited. At the centre of the story is Mbeki, a visionary yet tragic figure who led SA to freedom, but was not able to overcome the difficulties of his own dislocated life.

It is 15 years since Mbeki was unceremoniously dumped by the ANC, giving rise to the wasted years under former president Jacob Zuma. With the benefit of hindsight, and as Mbeki reaches the age of 80, Gevisser examines the legacy of the man who succeeded Mandela.

After several years of serving on opposing sides of the law, former national director of public prosecutions Bulelani Ngcuka and former ...
Books
1 month ago

Did Thabo Mbeki lay the table for state capture?

Mark Gevisser argues that even if Thabo Mbeki was not corrupt, his loyalty to his ANC comrades predisposed state institutions to Jacob Zuma’s capture ...
Opinion & Analysis
3 months ago

‘Free Speech’, ‘Thabo Mbeki’: 5 books to snuggle up with this weekend

With the cold front heading inland, settle in with these new reads.
Lifestyle
2 months ago