Zuma adviser hits out at alliance 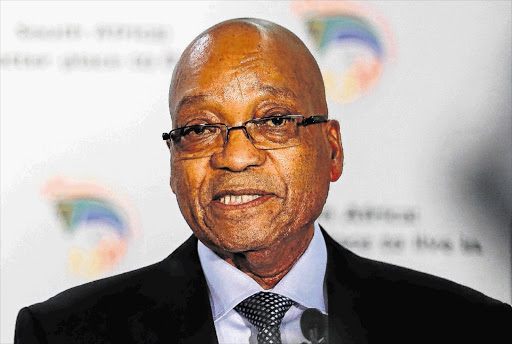 The government must show stronger leadership if it wants business to invest in South Africa, says one of President Jacob Zuma's closest advisers, billionaire Sandile Zungu.

Zungu, who is vice-president of the influential Black Business Council, spoke to Business Times after ANC secretary-general Gwede Mantashe had lambasted the private sector for refusing to invest its voluminous cash piles in the country's development.

Zungu, in turn, said the government needed to give corporate South Africa a reason to invest. "There has got to be a greater belief in the government's long-term vision for this country," he said. "There is a big role for the government in creating this belief."

He said as long as there was doubt about the government's commitment to the National Development Plan (NDP), local business would not invest.

Although the NDP had been accepted in parliament and at the ANC's policy conference, "we pick up mixed signals about it, that maybe the government is not entirely convinced by the NDP".

"That sense of doubt must cease. Because this is precisely where the private sector says: 'Hey, hang on, this long-term vision about growth and employment creation and competitiveness is not a shared vision, because the signals are mixed.'"

These mixed signals were coming from the ANC's alliance partners, Cosatu and the SA Communist Party, he said.

It was not enough for the government to keep saying how committed it was to the NDP.

"It needs to do more. It needs to say to its alliance partners: 'With or without you the NDP will be implemented.' It needs to show stronger leadership on this. It needs to make sure that the programmes that underpin the NDP get out of the starting blocks.

"There must not be even an inkling of doubt about its long- term commitment to the NDP."

Zungu said he opposed the idea of a state bank put forward by the Gauteng ANC this week and supported by a number of key party members, including former Reserve Bank governor Tito Mboweni.

He said the call for a state bank was "an emotional response" to the need for faster economic transformation.

"I would rather see less of a state role in the economy than more of it. The state is less efficient and less effective than the private sector, and more so when it comes to commercial issues." He said the state should rather support more black private sector involvement in the banking sector.

"Rather than flirting with state ownership of a bank, which in my opinion may be an emotional response to lack of transformation, have we explored going strong behind black control of a banking institution?"

He thought a recapitalised African Bank - run as a normal commercial institution, not an unsecured lender - might be the ideal opportunity.

"I don't see why the state is not bold enough to say the recapitalisation of African Bank, the so-called good book, must be black controlled.

"We need shining examples of black control in the sector."

The odd percentage here and there was not a solution. "It is clearly not impressing the people.

All the time they are saying: 'Where is black representation in the banking sector?'"