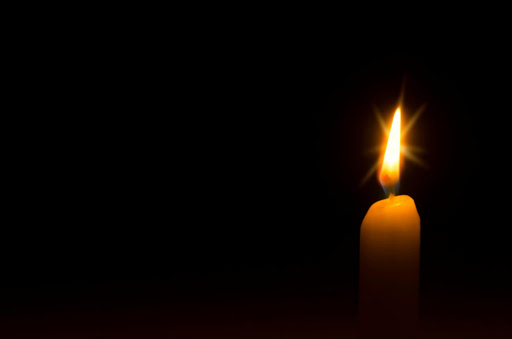 The dragon of darkness is looming over South Africa as the holidays grind to a halt and traffic begins to clog up the highways. The threat of rolling blackouts, which plunged South Africa into darkness in the run-up to Christmas and cost retailers billions, has resurfaced.

Chris Yelland, electricity pundit and managing director of EE Publishers, said he believed there need to be more - not fewer - planned blackouts in the coming months. This is because Eskom admitted that over the low-demand holiday season, it had 8000MW of unplanned outages and only 5000MW of planned outages.

Yelland said this figure, which meant that a third of the country's 40000MW grid was out of action, was unacceptable.

"It needs to be reversed," Yelland said. "Planned outages need to be increased if we are going to get the unplanned numbers down."

Yelland said there was no doubt that a new round of blackouts were on the way.

But Eskom spokesman Andrew Etzinger was reluctant to provide a definite answer on this point, saying this week that the possibility of power cuts depended on whether the open cycle gas turbines could keep adding 2000MW of power a day to the stuttering grid.

Etzinger said supply probably wouldn't be too tight this month as demand was unlikely to reach its peak.

But much of February and March have been designated code red as industry's power requirements rise.

The two massive turbine plants in the Western Cape cost around R2-billion a month to run - an unsustainable amount for the power utility to keep shelling out - but the power cuts depend largely on how long these turbines can run.

Last month the Minister of Public Enterprises, Lynne Brown, said extra money for diesel could be raised through bonds with state guarantees. But it is unclear how much appetite global bond markets will have for this debt.

Another complication is that the turbines are only designed to run for about three hours a day, but they have been whipped into 12-hour stints in recent months, ploughing through 140 million litres of diesel in November alone.

If these turbines collapse under heavy use, the country risks being plunged into darkness.

Last month Eskom said it would repaircrumbling coal-fired power stations around the country, but it is unclear how much work has been done over the festive season.

Etzinger said a "wide variety of maintenance had been carried out", but provided no update on the status of Medupi's now infamous Unit 6 .

Construction of the unit has been delayed numerous times - a problem because the new plants at Medupi and Kusile were meant to add 9600MW to the grid and were touted as the solution to the power shortage.

But last month the Sunday Times reported that almost 13000 workers left the Medupi construction site outside Lephalale in Limpopo to go on their annual holiday - despite the fact that the power station was so far behind schedule.

Eskom's manager on the site, Roman Crookes, said: "You can't force a person to work.

"It is very difficult to keep people here."

But the exodus will have a material impact on the speed at which the rest of the plant can be completed. Medupi is already over two years late and more than R40-billion over budget.

Crookes said a core team of about 150 people were to stay on to try to meet the new January 15 deadline for the commissioning of Unit 6, the first unit expected to come into operation.

However, three senior engineering contractors at the site said that Unit 6 would not be ready before Easter.

The men, who agreed to talk to the Sunday Times if they were not identified, said Unit 6 was a "disaster"

Desperate measure have been taken to avoid the scenario that led to the 11 days of rolling blackouts in November and December.

Energy Minister Tina Joemat-Pettersson said last month a war room would be established, which will be tested when South Africans start going back to work from tomorrow.

Replying to questions about customers, Etzinger said that call centres had stayed open and technicians had been dispatched to problem areas around the country on all of the holidays this season.