Capitec wants this BEE deal to be fair 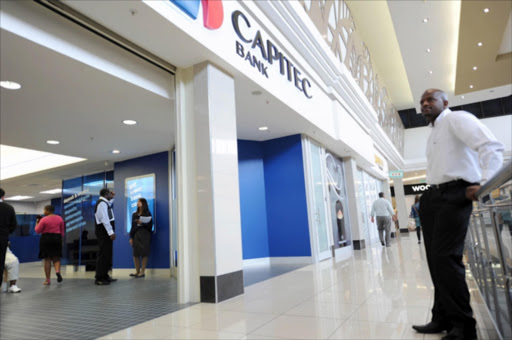 Capitec shares plunged as much as 6% this week, on the news that the Public Investment Corporation had sold 5.2million shares in the bank to a new black empowerment consortium called PetraTouch.

The dive in Capitec's share price, from R540 to about R508, suggested the market was not entirely pleased with the deal.

But Mark Currie, the head of Investec's capital markets division, which structured the deal, said this was actually a "fantastic result" given what usually happens in such deals.

Currie said that typically, when large numbers of shares were placed on the market, the price fell - and he had expected Capitec's share price to trade closer to R470.

Instead, the drop to R508 was a "minimum move", which"basically tells you that both local and international investors are extremely bullish on the ability of Capitec, its management and its [business] model".

PetraTouch, led by Warren Wheatley, the chief investment officer at Tactical Software Systems, ended up paying about R2.7-billion for nearly 4.5% of the bank, about R519 a share.

Wheatley said this was "not one of your old-style BEE transactions". He said 90% of the consortium's members were "not big political names and are new entrants" - something he said motivated the PIC to support the deal.

Although Wheatley, a former Absa Capital banker, leads the consortium, no single person holds more than 25% of the shares, and 40% are held by women.

He said most consortium members were in the financial services sector.

This is welcome news for Capitec, given that it ended up with egg on its face over details of an empowerment deal it did in 2007.

Those individuals, who did not put in a cent, stood to gain R1-billion in what the Mail & Guardian described as "free shares" after the PIC bought enough of their shares for them to settle their debt.

This deal will be less embarrassing.

Wheatley said the consortium was keen to invest in Capitec because of its growth trajectory and because other banks struggled to compete with it.

Capitec has been the standout banking stock in recent months, partly thanks to its signing up 100000 new customers every month. Its stock has risen 51.8% so far this year, sharply outperforming the banks index, which grew only 9.8%.

Wheatley said his consortium would continue to look at other deals, but was keen only on transactions "where we can add value and participate in the business as far as possible".

Currie lauded the PIC for trying to ensure the black empowerment deal was done fairly and the returns generated by the funders did not strip out the value associated with the BEE consortium.