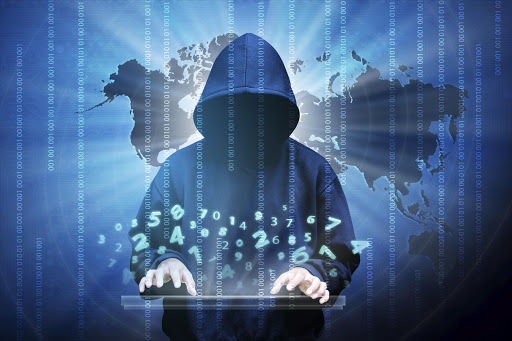 The "hacking" of Kipi My Deposit, one of several suspected pyramid schemes under investigation by the Hawks, has rocked the boat of thousands of investors across South Africa.

And because Kipi My Deposit has no head office, no CEO and no legal structures, investors are taking their fight and frustration to Facebook.

One member, Anelisa Ntozinhle Mbolekwa, posted: "Mhhh I am so not recruiting already I have thousands of people harassing me cause I recruited them. I had to relocate cause it was getting really bad, I mean how do you convince a person who invested over R100000 that they have to add again while they did not get their first matured dreams - umuntu uzofa struuu [I am going to die, I tell you]."

Another member, Phindile Makhanya, wrote: "I have given up on my money, all I can do is hope for a miracle."

Members who have been waiting for months for their investments to mature have not been able to withdraw their money. Nor have they been paid dividends since December; Kipi claimed on its Facebook page that its system was frozen due to hacking.

In response to members' dismay, a letter posted on the scheme's Facebook page at the end of January called for calm and a rebuilding strategy.

"Everyone suffered by the hackers' attack will get the reimbursement in full amount [sic]," the letter said.

The Consumer Protection Act describes a pyramid scheme as anything that promises an investor an interest rate of 20% above the repo rate, which is currently at 6.25%. For example, investors would put a R100 into Kipi were promised they could claim R2000 after three to four months.

Kipi is one of eight schemes being investigated by the Hawks following an assessment by the National Consumer Commission. The commission, which received complaints from the Financial Services Board and the Reserve Bank last year regarding possible pyramid schemes, handed over a report to the Hawks last week for further investigation.

The commission assessed the business models and practices of nine organisations - WorldVentures, Kipi, Make Believe, NMT Investments, Instant Wealth Club, MMM Scheme, Dipesa, Sikhese and Wealth Creation Club - to establish if there was any contravention of the Consumer Protection Act.

Attempts to contact Make Believe, Sikhese and Wealth Creation Club were unsuccessful. MMM Scheme did not respond to requests for comment. Instant Wealth Club's website has been shut down and no contact details are available. And NMT Investments could not be traced.

"The rest of the schemes required further assessment and because we do not have forensic capabilities we passed that information to the police," he said .

The commission refrained from making public its report on the remaining eight schemes after one of the biggest, WorldVentures, threatened legal action. After an urgent meeting with WorldVentures last week, the commission decided it would not release any information on the schemes.

A leading member of Kipi, Reuel Leach, took issue with attempts to classify Kipi as a pyramid scheme : "We operate just like the banks. We borrow each other money [sic] and ask for it back with interest."

As for the hacking claims, he said: "We have never had the system offline before for more than 24 hours since the introduction of Kipi in 2013. Our members are panicking and are not reinvesting in the scheme any more." He said accounts had been frozen and members had not been able to access the system for more than two months.

Kipi was introduced to South Africans in 2013 by Chris Walker, the mastermind behind the R800-million Defencex scheme, according to previous reports. Walker could not be located to ask for comment.

Leach said Kipi had been in the process of getting the scheme's members to pay tax before all the confusion.

"I am not that disappointed because I did not lose anything, but I am sad because I had already planned to use the other money," she said.

Meanwhile, schemes such as MMM have spent this week attempting to allay fears among their members. According to an internal letter from MMM Scheme, which was founded by Russian national Sergey Mavrodi, members were asked not to use their real names and not to withdraw large amounts of money as the Reserve Bank would be able to identify them.

MMM's leader, known only as Tumi Wealth, said the South African government was worried that participants were not paying tax.

"We are willing to pay tax should they make provisions, but they must stop treating us as criminals."