Finding a buyer may be toughest task for Walmart

As speculation gains traction that Walmart is selling off its anchor shareholding in its African partner Massmart, industry pundits are concerned that finding an investor with enough funds to take over may prove difficult. 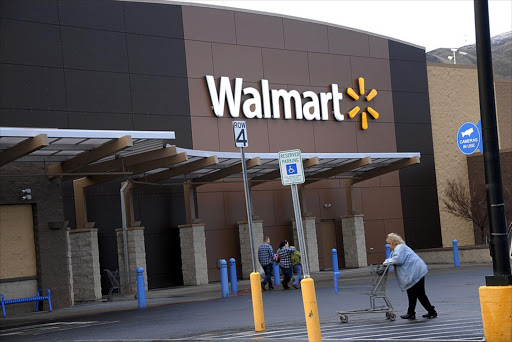 At Walmart's AGM in Fayetteville, Arkansas, this week, shareholders in the world's largest retailer may stew over the health of the US economy, the technology threats posed by online giants such as Amazon, and its African investment. - which, after five years, is struggling to maintain momentum.

When Walmart bought a majority shareholding in Massmart, the owner of Makro and Game was trading at R148, costing the US retailer $2.5-billion.

Now the stock is trading about 23% lower since the deal was approved by anti-trust authorities in March 2012.

In January this year, the share was trading as low as R83.20 - a 48% decline in value since the takeover.

The group had to scale back on its growth strategy having opened 11 new stores in Africa from the 27 they had in 2012.

Earlier this year, Barclays plc announced it will sell off its stake in its African business, showing the waning investment sentiment for the continent.

Meanwhile, Walmart's share price has increased more than 17% despite lukewarm growth in its home market.

Massmart's performance in Africa has been further dampened by the struggling South African economy.

Sébastien Delsemme, a consultant analyst for Kantar Retail, said: "We have heard from various sources Walmart have identified Africa as part of the divestment in their current portfolio - among others.

"The problem [will be] finding an investor with enough funds to take over."

Delsemme described the sell-off speculation as "just rumours". However, the speculation has foundation in precedent.

In 1999, Walmart bought into South Korea, to exit seven years later. Similarly, it pulled out of Germany after eight years.

Poonam Goyal, senior retail analyst at Bloomberg Intelligence, said Walmart had also been struggling in the UK because "they don't have the price perception of being low-priced - some of the other retailers have taken that perception away from them".

She added: "It's not certain that Walmart will even chase the demand because it's an unprofitable way to chase it.

"So while they like to be lower-priced, they don't like to be giving up their margin entirely, which is what some of the grocers are doing in the UK."

Walmart's overriding strategy is "to not just be a competitor, but to own the market. They want to be the main player."

But in the local retail space, Walmart and its partner Massmart have not been able to steal market share from competitors such as Shoprite and Spar.

Although Massmart may not meet Walmart's expectation in terms of returns , "Walmart does tend to be long-term oriented with its retail investments", said Chuck Cerankosky, MD of Ohio-based Northcoast R esearch.

"It spent a lot of time repositioning Asda years ago and it might be going through a bit of that again in the UK. So maybe there is work to be done at Massmart and they just haven't made it a top priority because there obviously has been a lot of effort made to improve the performance here in the US."

According to Walmart's 2016 annual report, the company has 6,299 stores operating outside the US, including 346 in Japan. It has 408 stores in 13 African countries.

However, Joseph Feldman, a senior MD at Telsey Advisory Group in New York, said although he hadn't heard anything specific from Walmart about a possible sell-off, "Walmart is more of a harvest story as opposed to a growth story".

He added: "It's not a growth story the way a 10-store retailer has potential to go to 500 stores. Obviously Walmart is a mature business that has been able to generate positive traffic.

"Walmart wants to stay the course and emerging markets makes sense given the nature of what they sell and how they sell it. They are trying to help people live better and save money with people living better."

But entering a market through a partnership "almost makes it easier to exit", Goyal pointed out.

"It's really about the return - whether they can get the returns on investment that they expected from that market, and whether the partnership is working well for them and there's room for them to at some point move up the chain and become No1."

Walmart was not available for comment at the time of publication.