Time for SA 'to learn a lesson'

South Africa would be "neglectful" if it did not learn a lesson after narrowly escaping a ratings downgrade to junk status, Finance Minister Pravin Gordhan said on Friday. 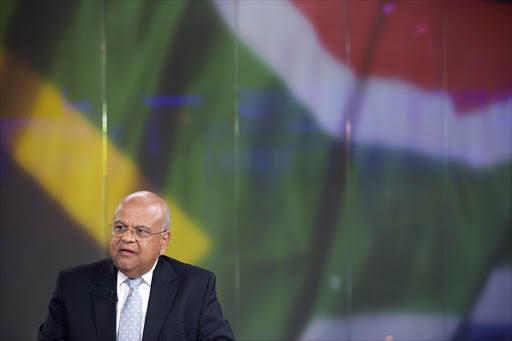 The next six months will be critical as the government will have to demonstrate why it does not deserve a downgrade of its creditworthiness to speculative grade, which, if it materialised, could accelerate the onset of a recession, see investors flee and further weaken the economy.

S&P Global Ratings affirmed the long- and short-term foreign and local currency bond rates and kept the outlook stable. But the rating remains one notch above speculative grade and S&P warned that failure by the government to transform the economy could earn it a downgrade in December or next year.

Gordhan said the government was relying on a nine-point plan of concrete and actionable steps to inject growth into a sluggish economy weakened by a slump in commodity prices and the worst drought in decades, among other challenges.

He said another focus was to remove constraints on growth such as low energy capacity, but this was gradually improving.

The government was also committed to improving the regulatory environment in the metros to ensure that the passing of plans and approval of water connections for industry were speeded up and implemented cost-effectively. The establishment of Invest SA, a one-stop shop to smooth the process of compliance with regulatory requirements for investors, was also under way.

A new package of infrastructure projects was being developed and would materialise in the new medium-term framework.

"If you go into the details, there's a lot going for us," said Gordhan.

The consequences of a downgrade would be dire for the struggling economy, which is expected to grow by less than 1% this year. S&P revised downwards its real GDP assumptions to 0.6% in 2016, from 1.6% forecast in December last year. But it expected that with an improvement in weather patterns and the return of terms of trade to mean levels, economic growth would improve.

S&P, the largest global ratings agency, is regarded as the most critical out of the three major agencies.

Moody's maintains a rating two notches above speculative, with a negative outlook. Fitch, which holds a similar BBB- rating for South Africa as S&P but with a stable outlook, is expected to announce its rating decision on Wednesday.

"To place South Africa's economy on a firmer footing and to maintain our investment-grade rating, we see structural measures as key," S&P said.

Foremost is stability in energy provision. It noted that Eskom had improved energy supply through a better maintenance programme and extra capacity from new power plants and independent power producers.

Tensions with labour, however, in mining and the manufacturing sectors, combined with "less flexible labour laws and high youth unemployment", continued to impose structural weaknesses in the economy.

This week the platinum sector entered into wage negotiations. Gordhan said the government appealed to parties to find common ground soon and to contribute to job creation objectives.

The political ructions since the firing of Nhlanhla Nene as finance minister in December last year and subsequent tensions within the ANC and between President Jacob Zuma and Gordhan over control of the Treasury did not escape S&P's eye. Last week, the Presidency denied the allegations that Zuma sought to control the department, saying he already did so as president.

"We believe that these political factors, if they continue to fester, could weigh more on investor confidence than inconclusive labour or mining sector reform," it said.

Sizwe Nxedlana, chief economist at FNB, said the political risk premium was likely to remain until December next year, when the ANC has its elective conference.

"We expect a lot of political noise between now and then which will impact the exchange rate in both directions. However, underlying the political noise are tight fiscal and monetary policy, low consumer confidence and credit growth, which are aiding an adjustment in our trade account. This should be rand-positive in the medium term," said Nxedlana.

The agency expressed concern over the state-owned entities that posed a risk to the fiscal outlook, such as national roads agency Sanral, which is experiencing challenges in collecting revenue, and SAA, which may be unable to obtain financing without additional government support.

Gordhan said the government was concluding some of the things it needed to do in governance and financing and that an announcement would be made soon.

Shoprite chairman Christo Wiese, who has accompanied Gordhan on roadshows across the leading capitals to reassure investors about South Africa's commitment to fiscal discipline, said the investment community had taken them at their word.

As for delivery on the promises - "that's up to government".

Wiese said the pressure being put on the Treasury, the minister of finance and the Reserve Bank was unfortunate.

"All the rumours and innuendos floating around are certainly not helpful. Those people are doing a sterling job and need support, not people sniping at them."

Enoch Godongwana, chairman of the ANC's economic transformation committee, said the ratings reprieve was the outcome of a joint effort of the government and business and "we would encourage them to continue together in concrete terms moving forward".

The rand jumped 3% on the back of poor sentiment over lower than expected US job creation numbers and the S&P statement. It traded at just over R15/$ by close of trade.

Gordhan said, when asked about Fitch Ratings: "If you've now got two out of three, then one must be optimistic about the third as well."