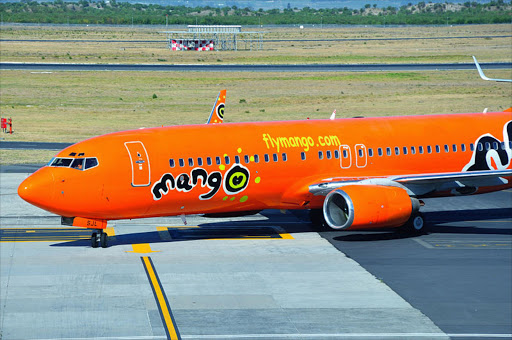 SAA’s low-cost subsidiary, Mango, made a R37m loss in the year to end-March, a dramatic reversal from the R38m profit it made the previous year.

The company’s financial results — which are normally consolidated and hidden in its parent company’s statements — were released for the first time to Parliament’s finance committee after persistent pressure by DA deputy finance spokesman Alf Lees.

Allegations have been made that Mango’s loss was due its being squeezed in a number of ways by SAA but SAA chairwoman Dudu Myeni would not comment on this on Wednesday ahead of SAA’s briefing to the finance committee, referring queries to Mango chairman Rashid Wally.

Mango has total assets of R868m and total liabilities of R585m.

Wally said in his statement in the annual report distributed to members of the committee that the airline’s financial performance was "not pretty but I believe our future remains rosy. While we incurred a bottom-line loss, many gains were made on every bottom line we measure.

"Despite our bottom line that’s temporarily parked in the red, Mango has delivered a solid operational and commercial performance. The weakening economy and overtraded market impacting average fares [were] the primary reasons for our less than great financial performance."

An operating profit of R93m was suffered compared with the previous year’s profit of R3m but investment revenue of R52m (R47m) meant that the bottom line loss was less severe.