Former South African Airways (SAA) pilot and former SAA Pilots’ Association chairman John Harty has won R450 000 in damages plus interest for defamation in the Gauteng High Court against the South African Transport and Allied Workers Union (Satawu) and two of its officials. 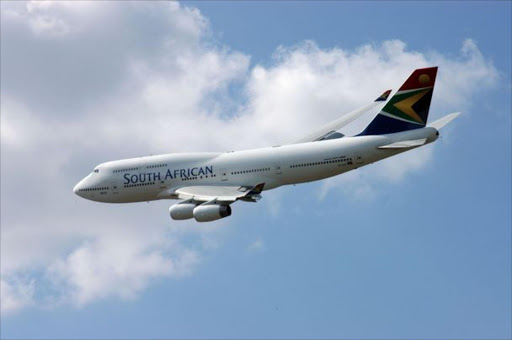 The defamation related to an allegation that Harty - now retired - diverted a Hong Kong/Johannesburg flight to Durban to drop off family members who were on board with him and who were headed to the coastal city; that he was part of a sabotage plot in December last year to bring down an SAA aircraft flown by a black pilot; and that he endangered passengers by extending the period of duty of flight cabin crew beyond the permissible hours.

No investigation has found him guilty of any of these claims‚ which Harty vehemently rejects as completely untrue.

The articles appeared shortly after the SAA pilots‚ led by Harty‚ passed a vote of no confidence in SAA chairwoman Dudu Myeni and the state-owned airline’s nonexecutive directors. He had also previously sent Myeni a memorandum stating that the airline’s problems were the result of poor governance‚ having a “meddling shareholder” and frequent changes in management.

Satawu’s aviation national co-ordinator Matthew Ramosie was ordered by the court to pay Harty R150 000 plus interest from August 18 for an article on Facebook about the alleged flight to Durban; Ramosie and Satawu deputy national secretary Nicholas Maziya were ordered to jointly pay an additional R150 000 plus interest for an article published online by the Daily Maverick in March which repeated the allegation about the flight to Durban; and Maziya and Satawu were both ordered to pay a further R150 000 plus interest for a report published by Eyewitness News on its website in December as well as a tweet about the alleged “plot” which resulted in an investigation by the Hawks.

The two officials and Satawu were also ordered to pay Harty’s legal costs.

The plot allegation resulted in Harty having to present himself at the Douglasdale police station for questioning by five members of the Hawks - including Brigadier Nyameka Xaba‚ who is head of crimes against the state and tactical operations.

As Business Day deputy editor Carol Paton wrote last December when the plot allegations emerged‚ “the latest development has sinister undertones as bogus intelligence reports are frequently used in internal ANC battles to discredit or undermine opponents through the use of state resources”. She noted that the allegations came amid fierce battles between the SAA board and management.

“Harty has been an outspoken critic of Myeni in letters to the newspapers.”