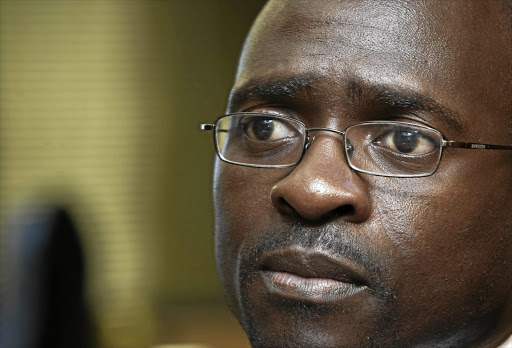 The expiry date for special permits was announced by Home Affairs Minister Malusi Gigaba in 2015, and the clock is now ticking for Zimbabweans working in South Africa.

While the system was in place, 300,000 Zimbabwe special permits were issued. The 2011 census estimates there are 1.7million foreign-born residents in South Africa. This number would include those who have standard work permits, are studying, undocumented foreigners and children.

This week Gigaba said foreigners played an important role in bringing new knowledge and skills to South Africa, "but like all countries, we expect them to complement our workers, not be a substitute for them". There was concern that many businesses did not want to hire South Africans. "In many quarters, this has led to the belief that businesses exploit migrants through lower wages and conditions, which is irresponsible, immoral and illegal," he said.

Although foreigners legally working in South Africa can report unfair labour practices to the Commission for Conciliation, Mediation and Arbitration, they are unlikely to do so, fearing that this would place their job in jeopardy.

Gigaba met with representatives of the hospitality industry this week to discuss the issue.

Foreign workers, who have left their homes where jobs are even scarcer than in South Africa, have found work mostly in hospitality, construction, private households, agriculture and mining. In these sectors low wages and long hours are particularly prevalent.

Although not all of these employers aim to exploit, enough of them do to have made it a problem.

It's a problem for those who have no choice - the unemployment rate in Zimbabwe could be as high as 90% - but to accept poor working conditions. It's also a problem for South Africans who won't accept working for such low wages and so are excluded from potential jobs.

And soon it will be a problem for companies and households who will lose staff they have come to rely on.

As the special permit system draws to a close, tens of thousands of people face returning home with no prospects. They have been the lifeblood of neighbouring economies, through the repatriation of their income to their families at home. Those funds will now simply dry up.

In an ideal world people from the 15 member states of the Southern African Development Community would migrate between countries in more or less equal numbers as they secure work across the earnings spectrum, and so contribute to the growth of the region.

But with South Africa's GDP five to seven times higher than those of member states, the flow of migrants has been one way. And with rising unemployment in South Africa, the pressure on jobs and resources has mounted.

According to the green paper on international migration published by the Home Affairs Department last year, which signalled the first step in updating immigration legislation, at least three types of visa are being considered: a SADC special work visa based on a quota system; a SADC trader's visa; and a SADC SME visa to cater for those who want to work, buy goods or trade here .

But this is just one option being considered, and there is a legislative process that still needs to run its course. All of which means an uncertain future for Zimbabweans in South Africa - and for their families who rely on them.

Enslin-Payne is the deputy editor of Business Times. Email her at enslins@sundaytimes.co.za