No, professor, your 'cure' is a short cut to disaster for SA 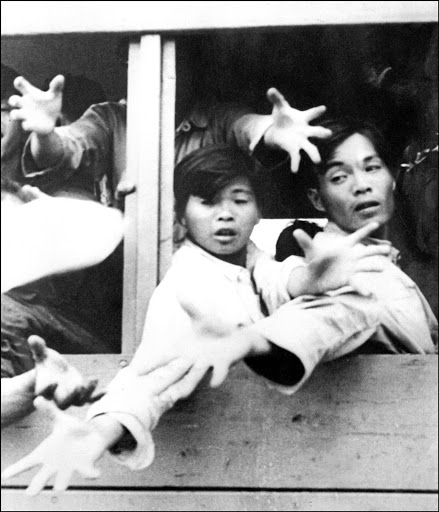 HISTORY LESSON: Some of the 60000 Chinese refugees who arrived illegally in Hong Kong in May 1962 hold out their hands for food as they are sent back to China by Hong Kong authorities. China only overcame poverty by introducing modern finance and private property ownership.
Image: AFP

Professor Chris Malikane's article, "Our chance to complete the revolution" (April 16), is an insult to our intelligence, disrespects our achievements and threatens our plans for the future.

So it's a relief that the minister of finance has made it clear that this article doesn't represent ANC or government policy. But that's not the end of the matter. South Africa can't afford to let Malikane's personal ideas gain popularity or become government policy: the professor doesn't speak for us. He wants to lead us to disaster.

In a way typical of extremists, Malikane imagines that all our country's social and economic problems are the fault of a conspiracy made up of "white monopoly capital" and its black puppets. What an offensive concept - South Africa's black entrepreneurs and professionals are nobody's puppets.

Then, in the militaristic language loved by ultra-left and far-right propagandists, the article states economic transformation as a "civil war" between classes and racial groups.

It tells us that "white monopoly capitalists" and "credit-based black capitalists" are "enemies of the people" who must be "isolated" and "neutralised".

Really, professor? Is this the democracy that thousands of us sacrificed and died for?

However, far worse than its silly threats is that fact that Malikane's article completely ignores the huge achievements of the ANC government since 1994. To mention just a few: our economy has doubled in size. Poverty has halved, largely as a result of the government's extensive social-grants programme, which covers more than 16.8million recipients; blacks now make up the majority of the middle class; 95% of South African households have electricity connections and 85% have water connections. The country has achieved universal access to basic education, with 99% of seven- to 15-year-olds in school.

Malikane's cure is just as bad as his diagnosis.

There is overwhelming evidence from all over the world to show that when bank, insurance company and mine nationalisation and large-scale land expropriation have been tried, they have led quickly and directly to economic disaster, followed by long-term stagnation.

The reason is probably too simple for the professor to understand. No one wants to spend money on something that can be taken away from them. Threats of nationalisation prevent domestic and foreign investment, and raise the cost of borrowing - for individuals, for businesses and for government. This seriously damages growth and results in massive job losses, as well as severely reducing the amount of tax government can collect, which makes it increasingly difficult for the state to deliver grants and other public services.

Then, as the economy keeps shrinking, there is a growing risk that a country will have to beg for a bail-out from the International Monetary Fund and obey the policy "advice" attached to such support. In other words, there's only a short distance from campus "anti-colonialism" to taking orders from Washington, DC.

This is a scenario that has played out around the world, time and again. After independence, several African governments nationalised banks in the interests of indigenous business and national development. Take Ghana: the state took over the banking system in 1975.

Same story in Tanzania, except it took 11% of the whole country's annual income to rescue the banks. In the People's Republic of China, nationalisation and expropriation of private property in the 1940s ushered in decades of extreme poverty, regular famines, and stalled development. China's rise to wealth and international power only began in 1989, when private property was made secure and modern finance was permitted.

Of course, we can all see the appeal of populist and extreme ideas in our country, where many suffer grinding poverty, where unemployment is high and inequality extreme.

There's no denying that the majority of black people are still economically disempowered and dissatisfied with the economic gains from liberation. And it is also true that transformation of business has been too slow.

But the problems we face will only be made worse by ideas like Malikane's.

Instead, the government, business and labour need to work together in a disciplined and systematic way to create more growth and jobs and to speed up transformation.

In fact, we are already doing that, for example through the new sector charters and the black industrialists' programme.

Let's focus on that and ignore harmful distractions.