So we're in a recession. What does it all mean? 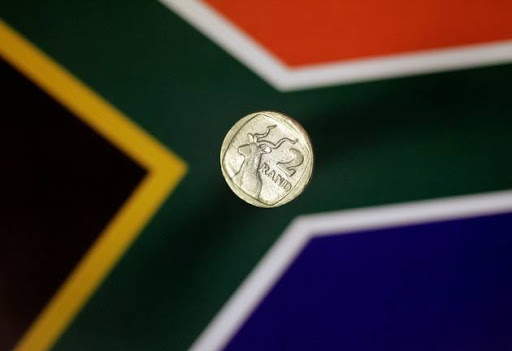 While economists agree that it will not be easy to bounce back from the latest recession‚ they say the situation can be turned around.

“We can recover‚” said Professor Jannie Rossouw‚ head of the school of economics and business studies at Wits University. “But we will not get investor confidence as long as President Jacob Zuma is still president. We just need to start planning on what to do after his term comes to an end … We need to survive the Zuma presidency and then things can turn around‚” he said.

“South Africa’s biggest challenge right now is to survive the Zuma government.” But what is this technical recession? “It’s simple‚” said Econometrix chief economist Dr Azar Jammine. “A technical recession means that the country has experienced negative growth for two consecutive terms.” Breaking this down further‚ Rossouw said: “It means the economy is shrinking yet the population is growing.”

Statistics South Africa reported on Tuesday that the country's economy had officially entered a recession‚ as it released gross domestic product (GDP) figures for the first quarter of 2017.

The country’s GDP‚ which measures the value of goods and services produced‚ fell by 0.7% in the first quarter of 2017 compared to the previous quarter‚ Stats SA said.

The latest slide in GDP followed a decline of 0.3% in the fourth quarter of 2016.

Johann Kirsten‚ director of the Bureau for Economic Research at Stellenbosch University‚ said based on the global picture‚ South Africa’s economy should be growing‚ as most other countries are doing well at the moment.

“Most countries are seeing an uptick in growth‚” he said. “There’s a move towards higher growth numbers and we should have benefited from that. The question that we ask is: why are we not growing with the rest of the world?”

He said political uncertainty was most likely the driving force. Jammine said that several factors could have contributed to this‚ including things like the recent Cabinet reshuffle‚ strike activity and a loss of investor confidence in the country. Rossouw agreed that South Africa was in a far worse state than was initially thought and the hardest hit will be the poor.

WATCH How South Africa got into recession

Government had far less revenue‚ taxpayers were likely to have to fork out more‚ businesses were bound to suffer because consumers had less to spend and job losses and unemployment could spike‚ he said.

What may be the silver lining of sorts‚ according to Nedbank’s chief economist Dennis Dykes‚ is that South Africans are unlikely to see major changes in prices because the country has been in recession-like conditions for two years.

In fact‚ producers may be more aware of consumers spending less‚ which will keep prices under control.

But‚ he said‚ one of the key effects was on employment prospects. Since businesses would slow expansion and hiring‚ possibly laying people off‚ “the amount of cash in people’s pockets will be fairly constrained‚” he said.

But in the meantime‚ what can the ordinary South African do? “Don’t borrow any money. People should just live within their means and take this time to think seriously about whether this is the government that (they) want‚” said Rossouw. Jammine said the situation could have been far worse had it not been for the agricultural sector‚ which has experienced growth in the last two quarters.