Resources to suffer Moody’s blues if Mining Charter is enforced 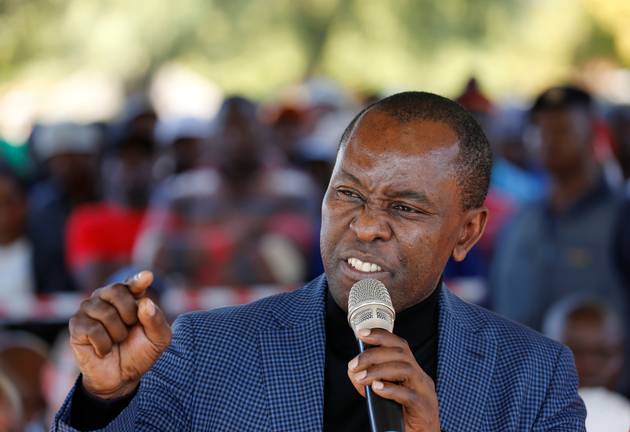 If the Mining Charter is implemented‚ the already low credit ratings of South African resources groups will be cut further‚ Moody’s warned on Wednesday morning.

The credit ratings agency estimated $2.5bn (about R33bn) in equity value has been wiped out of the combined $31bn (R407bn) value of the six mining groups it rates‚ since Minerals Resources Minister Mosebenzi Zwane unveiled the new Mining Charter last Thursday.

A one notch downgrade would leave only South32 above junk status. Moody’s currently rates South32 Baa1 (equivalent to BBB+ in S&P Global Ratings and Fitch’s nomenclature) with a stable outlook.

A downgrade would knock AngloGold Ashanti‚ which is currently on the edge of junk at Baa3‚ down to Ba1 (equivalent to BB+). Anglo American and Gold Fields would slide from Ba1 to Ba2‚ Sibanye from Ba2 to Ba3‚ and Petra Diamonds from B1 to B2.

Moody’s said the Mining Charter would worsen the credit ratings of South African miners because most of them would need to fund the required increase in black economic empowerment shareholding to 30% from 26% with debt.

The agency says the new charter’s proposed 50%-plus-one-share black economic empowerment rule for prospecting rights means underground reserves that were previously assumed to be available for profitable mining‚ will have to accounted for as resources that cannot be profitably mined.

The revised mining charter also places new conditions on the procurement of mining equipment and materials. South African companies will be required to provide 70% of content‚ with 44% of it empowerment compliant — which requires a number of conditions beyond ownership — and 21% black-owned. A further 5% of content will have to come from 50%-plus-one-vote female-black-owned companies and from 50%-plus-one-vote youth-owned companies. These requirements would add to operating costs for those miners not already in compliance if such new suppliers meeting these requirements charge higher prices‚ Moody’s said.

"A number of the requirements will add to the costs of operating mines and will reduce free cash flow generation.

This is evident in that holders of new mining rights will be required to pay a minimum of 1% of annual turnover in a given financial year to these empowerment shareholders‚ in accordance with legislative solvency and liquidity requirements and partly offset by ordinary dividend payments‚" the report said.

"In our view‚ the payments are contrary to the South African Companies Act and will have a material bearing on free cash flow generation‚ which will likely decline significantly because of the payments. In turn‚ reduced cash flow would reduce mining companies’ ability to continue to reduce their debt or invest in expansion‚ such as developing reserves."