Foreigners are buying less property. Are they falling out of love with SA? 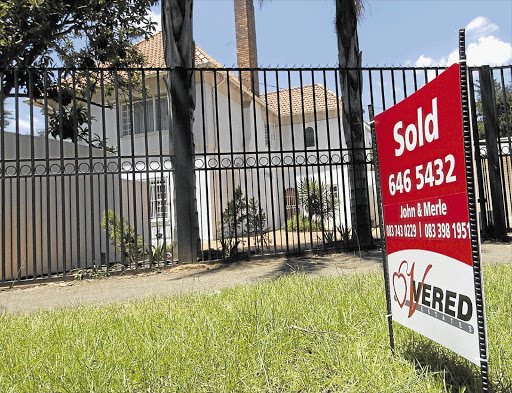 South African residential property is becoming more expensive for buyers from the UK‚ Eurozone and US.

Foreigner demand for South African residential property may be on the decline.

A stronger rand‚ coupled with negative sentiment linked to South Africa's recent downgrade by international credit rating agencies‚ could be fuelling the slight drop in foreign buyers‚ according to the latest FNB property barometer.

There was no significant decline between the first and second quarters of the year‚ said John Loos‚ FNB's household and property sector strategist.

However‚ the perception of a decline became a lot more evident when respondents were asked to comment on foreign buyer numbers over a 12-month period.

Fourteen percent of respondents reported fewer foreign buyers from a year ago.

Loos puts it down to South African residential property becoming more expensive for buyers from the UK‚ Eurozone and US.

The English have been particularly hard-hit‚ "with the pound having suffered severely at the hands of last year’s Brexit vote - the referendum vote in favour of the UK leaving the European Union"‚ Loos said.

"The Rand-driven increase in foreign-dominated values could conceivably have had something of a dampening impact on foreigner demand for domestic property‚" he added.

Loos said the change in estate agent perceptions regarding foreign buyers in the second quarter of this year‚ "may also suggest some dampening in sentiment of these would be foreigner home buyers regarding South Africa ... a potential consequence of widespread negative publicity surrounding the ratings downgrades.

Coupled with this we had further negative publicity after South Africa was reported to be one of very few countries in recession in recent times‚" added Loos.