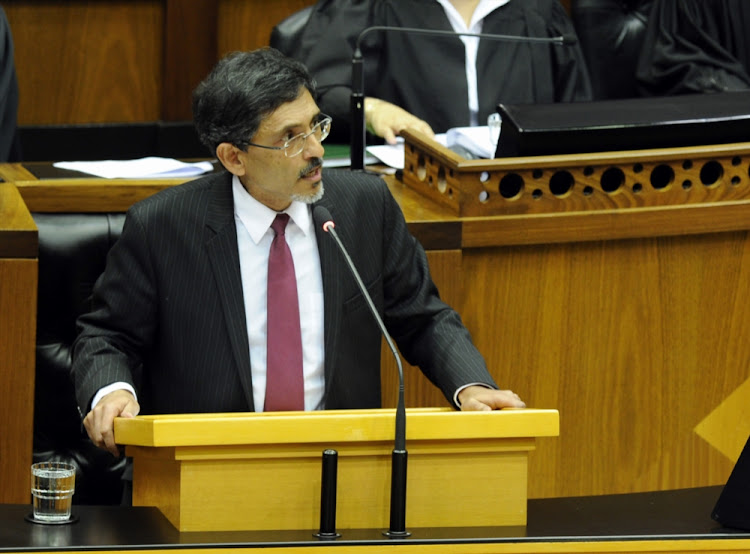 The state capture allegations should be dealt with "honestly and swiftly" as part of the plan to put SA on the economic level it needs to be at‚ Economic Development Minister Ebrahim Patel said on Monday.

Patel was addressing a breakfast briefing hosted by the Progressive Business Forum at the ANC’s fifth national policy conference in Soweto‚ Johannesburg.

Patel said SA’s economic circumstances were challenging‚ given the technical recession "that can potentially deepen" and the downgrade of SA’s credit ratings to junk status‚ which had affected investor confidence and the cost of paying back debt.

He said the "roadmap" to move the country from where it is to where it should be consisted of at least four elements: a credible growth plan and the successful implementation of policy; transformation of the economy to make it more inclusive; instilling integrity in government; and deepening the partnership with the private sector‚ organised labour and other stakeholders.

Focusing on integrity in the state‚ he said‚ was "to be seen to act swiftly against corruption and to deal with the state capture allegations both honestly and swiftly" and "to ensure that we manage our state-owned enterprises in the interest of all South Africans‚ to ensure that our policies are sustainable‚ and to inspire confidence in our people".

State capture allegations have been rife for years and deepened after former deputy finance minister Mcebisi Jonas said the Guptas had offered him the position of finance minister to replace Nhlanhla Nene.

The revelation was followed by the public protector’s State of Capture report‚ which investigated the links between President Jacob Zuma‚ his son‚ individual ministers and the controversial Gupta family.

A tranche of e-mails has since been leaked to the media‚ widening the scope of the allegations.

ANC secretary-general Gwede Mantashe said in his diagnostic report‚ delivered on the first day of the policy conference‚ that the Gupta e-mails were damaging the movement and individual leaders fingered in them had to explain themselves.

He said the government was therefore looking at the mandate of the competition authorities with a view to give them more scope to investigate where there were high levels of concentration‚ and what remedies could be brought to bear to deal with it effectively.

He said competition authorities would undertake a market inquiry to lift the veil on data costs and find ways to reduce them.

South Africans have taken to Twitter to voice their concern over the state of the nation after nearly a month of non-stop revelations over the Gupta ...
Politics
4 years ago

Only the truth will set credibility-wreck Gigaba free