Considering using bitcoin to store wealth? Here's what you need to know 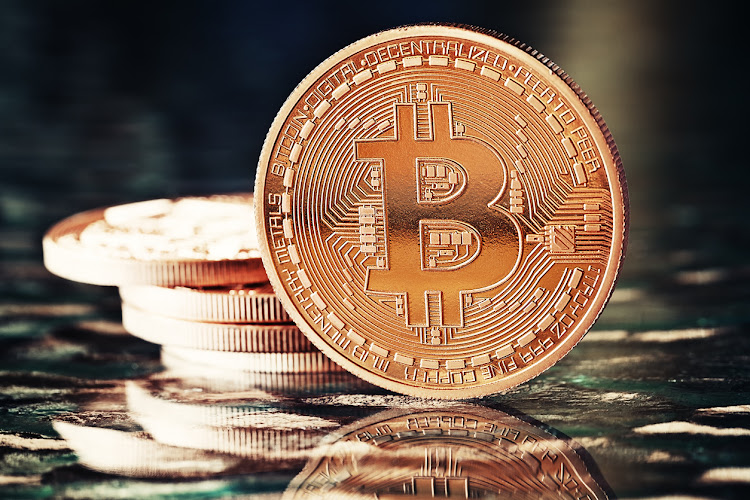 Bitcoin is growing in popularity among hobbyists and IT geeks who trade the currency in South Africa‚ with one local expert estimating 100‚000 trade the crypto currency.

The internet currency is traded on two exchanges in South Africa: Luno and Ice3X. Bitcoin's value has increased a thousand fold since 2011‚ where a person who bought $1‚000 of bitcoin now would be a dollar millionaire.

Ice3X bitcoin exchange founder Gareth Grobler says the bitcoin market in South Africa is still “tiny” compared to Asia but guesses about 100‚000 people could be trading it.

Tech analyst Simon Dingle said: "Luno and other local exchanges are seeing an influx of new users given the recent rise in the price of bitcoin. It is certainly becoming more popular all over the world and South Africa is no exception."

Luno Marketing officer Werner Van Rooyen said bitcoin was becoming more mainstream in South Africa. “We see it in many ways‚ not just from our internal metrics - including new customers‚ active users‚ application downloads‚ trading volumes and interest from banks and institutional investors — but also from other places: trading volumes that keep growing; increased merchant adoption; increased understanding by investors‚ regulators and banks; press coverage; and the number of Google searches on bitcoin.”

Van Rooyen said the more people who use it‚ the more useful it becomes.

“The network effects are also very important. It's a bit like email: it gets more valuable with each additional person who uses it. Email isn't very useful if you're the only one with an email address‚ but soon‚ through network effects‚ if there's a critical amount of people using email (or bitcoin)‚ it makes it easier and more valuable for everyone else.”

However‚ bitcoin is rarely used to buy and sell everyday goods but used as an investment or for trading. Marketer and bitcoin owner Justin McCarthy says it is not worth buying and selling ordinary goods like bills‚ food and clothing in bitcoin as its value changes too quickly.

However Takealot‚ bidorbuy and the Nelson Mandela Children's Hospital Fund all accept bitcoin.

Julie-Anne Walsh‚ Chief Marketing Officer at Takealot.com‚ said: "When we launched the bitcoin payment option in 2014‚ Takealot.com was one of the first South African online retailers to allow customers to transact using bitcoin accounts for just under 0.1% of all transactions."

Van Rooyen said "the most popular use for bitcoin in South Africa is using it as a storage of wealth‚ an alternative asset class. This is due to the currency's strong performance against other currencies‚ like the rand‚ over the past few years.

"When there is a nosedive in‚ say the exchange rate‚ you'll often notice a downtrend in other industries like the stock market or the housing market. Bitcoin has been found as one of the assets with the lowest correlation to other asset classes."

Bitcoin was released in 2009 by an anonymous person or group called Satoshi Nakamoto.

The block chain technology behind has excited many banks and those not interested in the currency itself. A block chain is a ledger of transactions that are shared among thousands or millions of computers‚ but the record of transaction is unchangeable as it is encrypted‚ thus preventing fraud.

The block chain‚ described by marketing analyst McCarthy as "distributed trust"‚ is a shared record of all transactions and means banks or other third parties are not needed to verify purchases.

Dingle said: "Blockchain technology is in its nascent stage of development. We've had mainstream internet access for the better part of three decades‚ but we're still figuring the technology out and have a long way to go in its progress. It's impossible to imagine where the blockchain will take us over the coming decades‚ but I believe its impact could be more significant than the internet itself and I'm excited at the possibilities."

The South African rand is the tenth most used currency to buy Bitcoin but over the past year has only accounted for 0.06% of all transactions. The Japanese yen accounts for 43% of transactions.