The end of Stuttafords: After 159 years, 'Harrods of South Africa' shuts shop 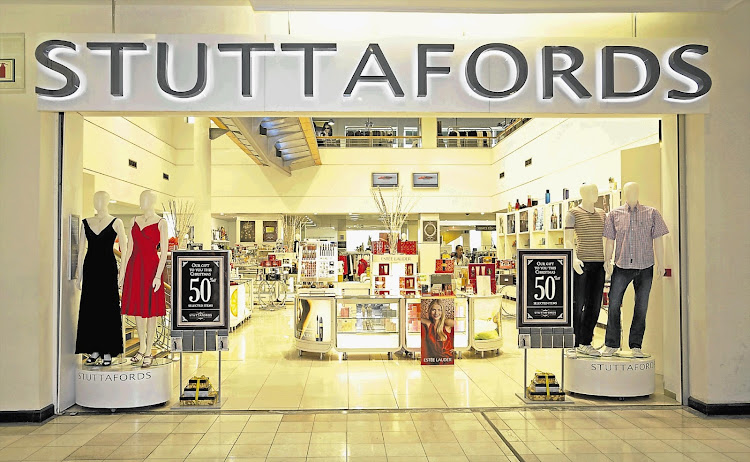 Department store Stuttafords, the 159-year-old "Harrods of South Africa", is closing down, victim of a global shift to online retail and a domestic economic slump that has put brands such as Ted Baker and Gap beyond its customers' reach.

Mirroring the fortunes of once-mighty department stores in Europe and the United States, the doyenne of the South African high street during apartheid and the two decades since applied for protection from creditors in October.

However, attempts to revive its fortunes proved futile and creditors voted in June to wind up the unlisted firm by Aug. 1, with closing-down sales at its nine stores in South Africa, two in Botswana and one in Namibia.

In its flagship store in Johannesburg's Sandton financial district, piles of naked mannequins lay in heaps next to bare shelves as the last few bargain hunters picked through trays of heavily discounted perfumes, make-up and clothes.

Remember when Stuttafords was a leading department store?

"We don't know what's going to happen - if we will still have jobs," said one employee, who did not want to be named for fear of hurting her chances of staying on. "We only heard that maybe this shop will be one that will not close."

For South Africa, it is the end of a piece of retail history.

The first shop was opened in Cape Town in 1858 by Samson Rickard Stuttaford with the vision of creating a Harrods-like department store in what was then Britain's Cape Colony.

Through various changes of ownership, it never lost its focus on the middle and upper-class South African market, despite the economy's failure to recover fully from a deep recession in 2009 sparked by the global financial crisis.

Chief Executive Robert Amoils could not be reached for comment but has defended his approach to the tough conditions.

"I believe the path we set was correct," he told business website Fin24. "We ran out of time. The market downturn was so swift, so severe."

John Evans, a lawyer overseeing its closure, said he had received a last-minute approach that could salvage two Johannesburg outlets, in Sandton and Eastgate, which would save the jobs of 300 of the group's 950 staff.

"There's a chance we'll save Sandton and Eastgate. If we do, we should be able to save 300 jobs," he said.

Nearly all retailers in Africa's most sophisticated economy have struggled as consumer sentiment has hit multi-year lows, a result of high unemployment and inflation gnawing at disposable income. The economy is now back in recession.

Save SA: How Mzansi is cutting back to survive the recession

The slump is piling pressure on President Jacob Zuma, who faces increasing calls to resign due to a slew of corruption scandals and accusations of mishandling the economy.

The main squeeze has come from cheaper retailers such as South Africa's Woolworths, Sweden's H&M and Spain's Zara.

"The fall from grace in all these department stores is that people can get the same stuff online and there is a rise of other quality brands at a cheaper price," Naryshkine said. "In an economic downturn, people are going to shop down."

"The brands did not meet the required return on invested capital hurdles," House of Busby chief executive Mark Sardi said.

Edcon's Edgars, another clothing retailer ubiquitous in South African shopping malls, was taken over by creditors last year and had to restructure debt.