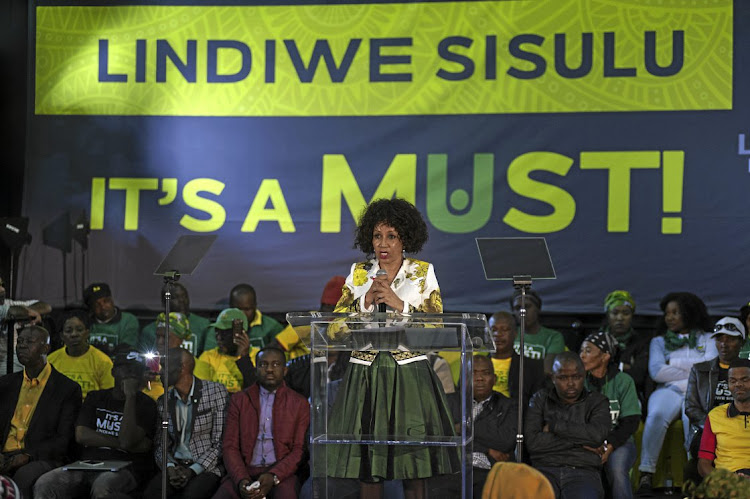 The African National Congress should initiate disciplinary action over allegations that President Jacob Zuma and members of a family in business with his son have looted state coffers, said Human Settlements Minister Lindiwe Sisulu.

“The ANC should act decisively on anybody in authority who is suspected or alleged to be doing wrong,” Sisulu said in an interview Sunday in Polokwane. “The fact that the president is involved” shouldn’t make a difference, she said.

Separate reports by the public protector in November, and the country’s main church organisation and a team of top academics in May allege members of the Gupta family used their links to Zuma to secure sweetheart contracts and deals from state companies.

While thousands of emails between the Guptas, their staff and business associates that were later leaked to the local media show how the family allegedly benefited from undue influence over the government, Zuma and the Guptas have disputed their authenticity and denied wrongdoing.

Zuma’s leadership and implication in a succession of scandals has eroded support for the 105-year-old ANC. It lost control of Pretoria, the capital, and Johannesburg, the economic hub, in municipal elections in August last year.

The president has clung to office because of the support of most of the party’s top leaders, who rely on him for their posts in the cabinet and government.

Divisions within the party were laid bare on 8 August, when more than two dozen ANC lawmakers backed an opposition motion of no confidence in Zuma. ANC Secretary-General Gwede Mantashe announced on 15 August that three of the party’s lawmakers who openly backed the unsuccessful bid to oust Zuma would face disciplinary action.

Sisulu, 63, criticised the party’s actions, saying it had exercised selective judgment by targeting some of its members who failed to toe the party line, while failing to take action against the president. ANC spokesman Zizi Kodwa did not immediately answer calls seeking comment.

Derek Hanekom is being used as a crash test dummy to show other ANC dissenters what could happen to them.
Ideas
4 years ago

Sisulu is among several candidates bidding to replace Zuma when he steps down as party leader in December. The front-runners for the post are Deputy President Cyril Ramaphosa, 64, andNkosazana Dlamini-Zuma, 68, the former chairwoman of the African Union Commission and a former wife of the president. Other contenders include parliamentary speaker Baleka Mbete, 67, and Mathews Phosa, 64, a former ANC treasurer-general.

Sisulu trained as a teacher and has previously served as minister of defense and military veterans, intelligence and public service and administration. She is the daughter of the late ANC luminaries Walter and Albertina Sisulu, who fought alongside Nelson Mandela to bring an end to white-minority rule.

Whoever wins will have a tough task stabilising the ANC, restoring its integrity and rebuilding business confidence that was badly damaged by Zuma’s March decision to firePravin Gordhan as finance minister, according to Sisulu. The implication of the president in controversy has weighed on investor confidence and helped send the economy into recession.

“Whoever we put out there as a candidate for the ANC must be the kind of person who will make us win the elections,” Sisulu said. “If the party wins in 2019, it will probably be with a very reduced margin. If we don’t, we would have lost everything we ever worked for,” she said.

Support for the ANC fell to about 54% in the municipal vote in August from 62% in national elections two year earlier.

Several local politicians voiced support for Sisulu’s candidacy on Sunday at a meeting of ANC supporters at a 5,000-seat stadium in Mopani outside Polokwane.

“We support her because she is a brilliant woman and she is not corrupt,” said Sam Mawila, a college teacher who attended the gathering. “She is not like Zuma, who is now trying to pass the baton to his ex so she can protect him from facing the music for all his scandals.”