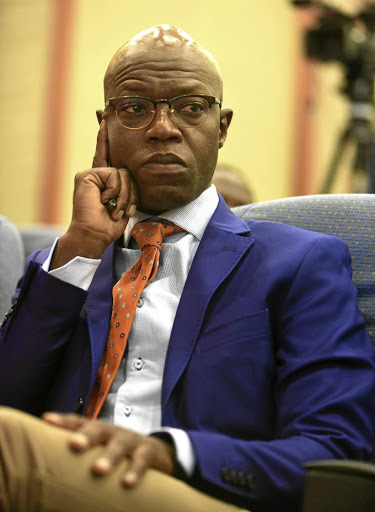 Koko is accused of using his position at Eskom to assist the controversial Gupta family to buy Optimum Coal Holdings and its Optimum and Koornfontein mines from Glencore‚ by assisting in putting financial pressure on Glencore to force the sale‚ Outa said in a statement on Thursday.

Koko was head of generation from October 2015 until his appointment as acting CEO in December 2016.

In May 2017 he was suspended following an exposé by the Sunday Times that revealed he had funnelled more than R1-billion in contracts to a company of which his stepdaughter was a shareholder.

“Optimum had a coal supply agreement with Eskom and had been involved in a dispute for some years over the quality of the coal supplied and over the contract‚ which forced Glencore to sell its coal to Eskom at a huge loss‚” the statement reads.

Optimum subsequently went into business rescue in August 2015 after Eskom issued a final demand for R2.1-billion in penalties in July of the same year.

By December a purchase agreement was signed for the sale of Optimum to the Guptas' Tegeta company for R2.1-billion‚ to be finalised by 30 March 2016.

“In December 2015‚ Tegeta emailed Koko‚ referring to the need for a prepayment confirmation‚ asking him "to kindly send us a written confirmation regarding the payment for supply of coal amounting to R1.68-bn ... detailing the agreed terms and conditions"‚ said Outa.

“During December‚ Koko engineered a coal “emergency” by manipulating the coal supply situation‚ removing Just Coal as one of its suppliers. Using emergency procurement procedures‚ Eskom signed new coal supply agreements with Tegeta and‚ between January 29 and April 26 2016‚ paid Tegeta R1.2-billion on these contracts including prepayments; a large part of this was used to fund Tegeta’s purchase of Optimum.

"This was particularly useful to Tegeta when it failed to meet the initial March 2016 payment deadline and needed funds for the shortfall in April. Eskom also provided a R1.6-billion guarantee to Tegeta to help its funding situation.”

Despite Eskom’s assertions that the R2-billion penalty would not be waived for any new owner‚ the state power utility announced in July this year it had been reduced to just R577-million. At the same briefing Eskom confirmed the R1.6-billion guarantee to Tegeta.