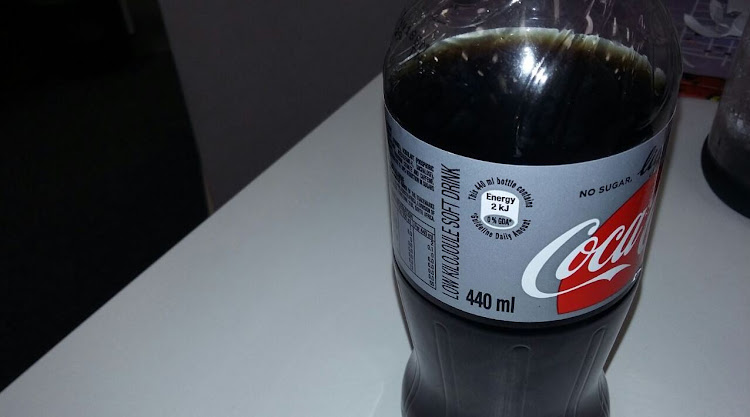 Coca-Cola has reduced its fizzy drinks can and bottle sizes‚ saying it is about helping consumers reduce sugar‚ but it has also reduced the size of Coke Zero and Sprite Zero‚ Coke Light cans and bottles.

When changes to the 330ml bottles and 500ml cans were made‚ Coca Cola said: "Market research showed that people were looking for packaging sizes that suit smaller households and that makes it easier to control their added sugar intake." New pack sizes of drinks such as Sprite‚ Fanta‚ and Sparletta Crème Soda include a 300ml can replacing the 330ml can and a 440ml bottle in place of the 500ml buddy bottle.

Beverage manufacturers have been under pressure to reduce calories in their drinks‚ after Treasury proposed a sugar tax to increase prices of drinks with large amounts of added sugar.

BevSA‚ which represents the soft drink industry‚ in April committed to reducing the pack sizes of sugary drinks.

But if the smaller sizes for the same price are really about sugar‚ why are Sprite Zero‚ Coke Zero and Coke Light also smaller?

Coca-Cola's answer wasn’t really clear. It said: "We have executed the change across our sparkling beverage portfolio‚ that share common manufacturing platforms. This includes the possibility of offering different pack sizes across different brands and variants."

Consumers have said the smaller sizes are about “shrinkflation” not sugar.

Lawyer Janusz Luterek suggested Coca-Cola was profiteering from "noise around sugar tax and non-communicable diseases" by making smaller drinks under the guise of health but charging the same price.

"This is opportunism on the back of the sugar tax hype!"

He said if Coca-Cola was serious about sugar reduction and smaller cans "then they should reduce the price and not increase the profit margin".

Marketer Andrew Fraser asked Coca-Cola to be honest about changes‚ which translate into a 13% price increase as people are paying more for less drink. "The sugar reduction is a ruse to cover a price increase‚" said Fraser.

When‚ TimesLIVE asked Coca Cola if it should just be honest with consumers about changes it said: "We are responding to a global trend toward portion control in single-serve packs and are executing this strategy globally. We will continue to monitor consumer trends and continually assess our various pack and size options."

It also clarified what it meant when it apologised.

Last week following outrage about its smaller sizes‚ Coca-Cola said it had only changed two packages. "We recently made changes to two packages out of our portfolio of more than 76 beverages‚ which exist in 36 pack sizes."

TimesLIVE thought this to mean Coca-Cola cans and Coca-Cola bottles were smaller. However‚ Coca-Cola meant all fizzy drinks previously in 330ml cans and 500ml bottles are now smaller.

Coca-Cola has apologised for not explaining that the reduction in can size from 330ml to 300ml and the bottle from half a litre to 440ml would not ...
News
3 years ago

The “buddy” Coke size has been reduced to 440ml and there will be no more 500ml bottles on the shelves after November‚ as Coca-Cola attempts to cut ...
News
3 years ago