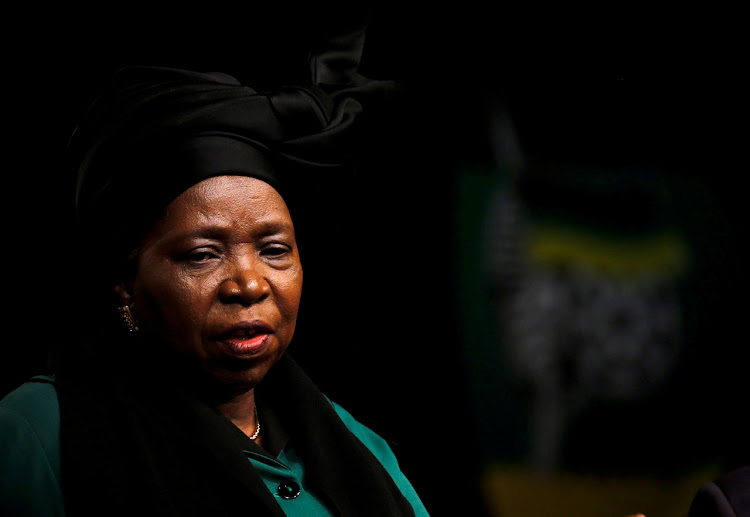 Nkosazana Dlamini-Zuma’s bid to lead the African National Congress received a boost when a majority of branches from the Free State endorsed her.

Dlamini-Zuma beat her main rival, Deputy President Cyril Ramaphosa, on Tuesday in branch endorsements by a 209 to 44 margin at a meeting in Parys in the Free State, according to three people familiar with the results. Ramaphosa has already won the backing of two provinces, while the remaining six are due to announce their preferences over the next seven days.

The victory by Dlamini-Zuma, the former chairwoman of the African Union Commission, was expected in Free State, one of three provinces in a rural bloc known as the Premier League that has helped her ex-husband, President Jacob Zuma, thwart challenges sparked by multiple scandals that prompted calls from within the party for him to resign.

What is Mabuza's game? Anxiety builds as ANC conference nears

One of the complexities about the 2017 ANC succession race is the juggling of special interests and how these impact on the bigger battle.
Opinion & Analysis
3 years ago

The ANC will begin a five-day elective conference on December 16 in Johannesburg, to pick a new president and top party leaders. The winner of the leadership race will be its presidential candidate in a 2019 vote. The Free State’s delegates account for about 8% of a total of 5,240 delegates that will cast ballots in December.

Ramaphosa’s supporters largely boycotted the meeting and are challenging the province’s nomination process in court.

David Mabuza, the ANC’s chairman in Mpumalanga province, beat Lindiwe Sisulu in the nominations for the post of deputy president by a 204 to 28 margin, according to the people.

The leadership battle has opened a deep rift in the ANC and pitted Ramaphosa and party veterans against Zuma, who’s been mired in allegations that the Gupta brothers have used their friendship with him to win state contracts. At stake at the conference is the choice of who will lead the party that’s won every election since Nelson Mandela led it to power after the end of apartheid in 1994.

A group of ANC MPs seen as supporters of President Jacob Zuma on Tuesday night failed to disrupt parliament's debate on its duty to investigate state ...
Politics
3 years ago

The contest has paralysed several government departments as officials delay decisions until they learn who the new leaders will be. Among the delays are a standoff on mining laws and telecommunications regulations.

Ramaphosa, 65, has called for a clampdown on corruption and is the clear favorite among investors, as well as labor unionists and the South African Communist Party. Dlamini-Zuma, 68, has echoed her ex-husband calls for “radical economic transformation” to give the black majority a bigger share of wealth in one of the world’s most unequal countries and has won support from the ANC’s women’s, youth and military veterans leagues.