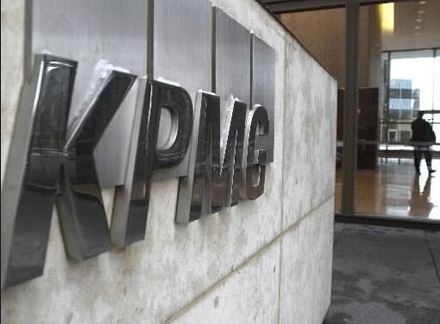 Evidence leaders have been appointed in the accounting industry’s probe of KPMG employees who did work for Gupta-related companies and worked on the South African Revenue Service "rogue unit" report.

The inquiry‚ chaired by advocate Dumisa Ntsebeza‚ was convened by the South African Institute of Chartered Accountants (Saica).

Ntsebeza has appointed advocates Pule Seleka SC and Amaechi Olua to coordinate the various submissions and lead the questioning of witnesses.

International auditing firm KPMG found itself embroiled in allegations of state capture involving the Gupta family. The Hawks swooped on the family this week‚ raiding their Saxonwold compound in Johannesburg and issuing arrest warrants. However‚ family patriarch Ajay Gupta is on the run.

KPMG also came under fire for its SARS report‚ especially after it had withdrawn the findings and recommendations of the report but not the whole thing.

Ntsebeza said the submissions received by the inquiry were diverse and vast.

State capture number one suspect Ajay Gupta has been hopping from one house to another‚ is being protected by heavily armed bodyguards and using ...
News
4 years ago

"In the process of working through the extensive submissions‚ it has become clear to us that we require additional information in some instances and have requested for and are awaiting the further information required‚" Ntsebeza said.

Public hearings are expected to start on Monday and will first deal with issues of confidentiality and privilege. He said the panel has contacted all those who have made submissions‚ informing them that they will be called to testify before the inquiry.

Ntsebeza said the panel’s intention was to identify all Saica members who should be questioned based on their involvement in the engagements mentioned in the submissions‚ but that was dependent on those names being supplied to it by‚ inter alia‚ KPMG.

"In some cases we are still awaiting final reports‚" he said.

Ajay Gupta 'on the run'

Ajay Gupta‚ the patriarch of the embattled Gupta family‚ is “on the run” and surrounded by a team of heavily armed bodyguards.
News
4 years ago

"We naturally would like to avoid a situation where conclusions are made based on published reports that are not factually correct."

There has been contention around the SARS report as the former revenue service employees implicated in it were never given sight of the final report.

Ntsebeza said it was unlikely that the inquiry would conclude its work by the end of April 2018 as it had anticipated.

"Our initial timelines were based on guestimates‚ however we are still committed to conclude our activities as early as possible. Our task is to identify the factual truth‚ and not to act as prosecutors or pronounce on guilt‚" he said.