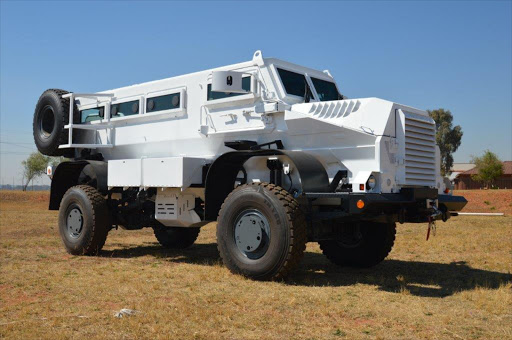 Daniel Mantsha‚ appointed as chairman in July 2015‚ has been implicated in allegations of state capture at Denel‚ and his tenure has been marked by financial troubles at the state-owned entity.
Image: Supplied by the Denel Group

The board chairman of state-owned arms manufacturer Denel‚ Daniel Mantsha‚ has resigned.

"The CEO of Denel [Zwelakhe Ntshepe] has confirmed that its chairperson has resigned. The letter is en route to the department‚" Seleke said. "Minister Pravin Gordhan has convened an urgent meeting on Monday with the outgoing chairperson and CEO of Denel."

Mantsha‚ appointed as chairman in July 2015‚ has been implicated in allegations of state capture at Denel‚ and his tenure has been marked by financial troubles at the state-owned entity.

Lynne Brown has escaped … for now

In September 2017‚ the Organisation for Undoing Tax Abuse (Outa) laid charges of corruption against Mantsha for his role in the Denel Asia project‚ an ill-fated joint venture between Denel and Gupta-owned companies to supply arms to the Asian market.

“Mantsha’s role was to try to sell this joint venture to the National Treasury and Ministry of Public Enterprises. They claimed the joint venture had the potential to do business in Asia to the value of $9.2-billion over five years‚" Outa's Ben Theron said at the time.

TimesLIVE understands that the process of formulating a new board has been underway since January following comments made by former public enterprises minister Lynne Brown. She stated that new names had been submitted for vetting.

Parliament is demanding answers on allegations that the National Prosecuting Authority deliberately delayed making arrest in the high-profile ...
News
3 years ago

On Friday‚ the Department of Public enterprises refused to be drawn on questions of where the process to appoint a new board stood.

In December it emerged that Denel was facing a liquidity crunch and doubts rose over its ability to pay salaries.

While speaking to the portfolio committee on public enterprises in Parliament late in January‚ Ntshepe said Denel's expenditure was about R600-million a month for payments to suppliers‚ loans from banks and salaries.

Just four days after being fired as minister of public enterprise‚ Lynne Brown has resigned as ANC MP.
Politics
3 years ago

Strategic leaks of information relating to the ongoing state capture probe and the Gupta family to various media houses over the past few weeks are a ...
News
3 years ago

Dudu Myeni to be summonsed after snubbing Eskom inquiry‚ again

Former South African Airways board chairperson Dudu Myeni will face a summons if she once again fails to appear before the parliamentary inquiry into ...
News
3 years ago
Next Article