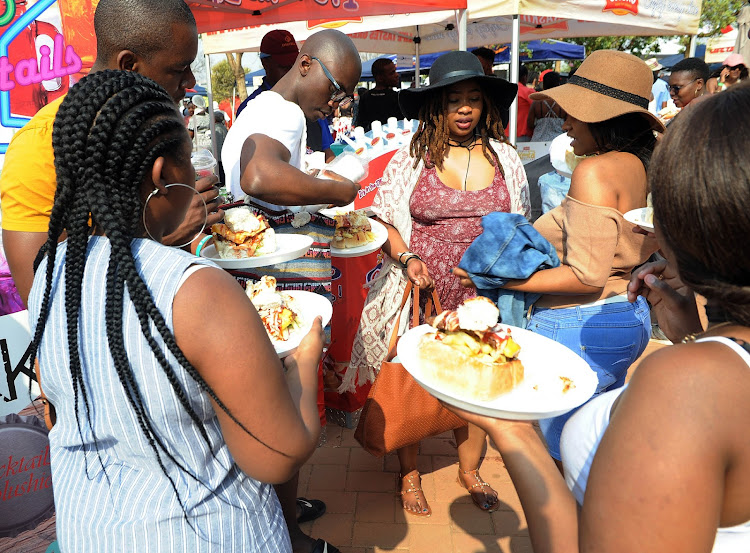 At the Good Hope restaurant in Johannesburg’s Alexandra township, Bongiwe Maseko goes out of her way to assure customers that the food is safe to eat.

For hungry patrons hunting for a meal, it’s a frighteningly real concern as the government races to contain the world’s worst outbreak of listeriosis. The bacterial disease, which has killed 183 people, has been traced to a processed-meat factory and linked to polony. Manufacturer Tiger Brands has recalled at least 3,700 metric tons of meat and the government recommends avoiding ready-to-eat processed meat products.

That’s bad news for Good Hope, which Maseko’s mother opened in 1983 and is famous for its kotas — a street food made from a hollowed-out quarter-loaf of bread, usually stuffed with fries, cheese, sausages and polony. The restaurant buys from producers unaffected by the crisis and makes sure to fry all its meat, but business is still suffering, she said.

“We used to order like 100 loaves of bread a day, now I order only 20 or 30 loaves,” she said. “A lot of people are skeptical because there’s a constant reminder of this and it’s all over the news.”

The food poisoning outbreak is the worst in modern South African history, with nearly 1,000 cases identified since the start of 2017, and has raised questions about regulatory oversight and standards in the local industry. It follows a tainted-meat scandal in top-exporter Brazil last year that prompted a number of countries, including South Africa, to temporarily ban or curb imports from the country.

Listeriosis is caused by high numbers of Listeria monocytogenes, a bacterium that is killed by cooking but can multiply in the refrigerator. The second-biggest documented outbreak was in the US, with a total of 147 reported cases.

“Up to now, most of the Listeria outbreaks globally have been rather small, usually a handful of cases, up to a few dozen cases,” World Health Organization scientist Peter Ben Embarek said. “That’s because we tend to be able to identify the source very quickly and therefore, by removing the source, you’ll remove exposure and remove new cases.”

The number of deaths linked to the outbreak will probably rise, Ben Embarek said. It can take weeks for symptoms to develop, so some people that have recently been exposed will not know that they are ill. Even so, the recall should mean that the rate of confirmed cases will taper off.

In South Africa, the process was more difficult because health workers weren’t required to report cases until December last year, after the outbreak was confirmed. It’s also difficult to keep track of people moving through the country’s public healthcare system.

Health Minister Aaron Motsoaledi announced in the beginning of March that officials identified Listeria sequence-type 6 as the cause of the outbreak and said the strain was found at Tiger Brands’s Enterprise brand factory in Polokwane. While the company has confirmed that ST6 was found at the facility, it said there’s no evidence of the strain in its products

In addition to the recall, the company has closed both its Enterprise plants — where it’s conducting a deep-cleaning process — and hired a team of scientific experts to identify the cause.

“What happened to Enterprise can happen to any other factory, not only in South Africa,” Pieter Gouws, a professor at Stellenbosch University’s faculty of AgriSciences, said. “The food industry wants to produce a safe food product, but the risk is that a bacteria becomes resistant to a specific method or disinfectant used.”

The duration of the outbreak and the large number of people affected with the same strain indicates there has been ongoing contamination of the factory, WHO’s Ben Embarek said.

“Normally what you have in a food-borne disease outbreak is that it’s typically result of an accident during processing, so bacteria comes in and affects a bunch of product until the usual cleaning process in the factory stops it,” he said. “Here you’ve had the same strain contaminating all the products coming in and out of that factory for about a year.”

Many of the products that have been recalled are cheap meat options.

During a 30-minute period at Good Hope one afternoon, Tebogo Mashiani is one of only two customers who walks in to order. She says she’s stopped buying polony for her two children and, if they want a kota, their grandmother makes a version with burger patties.

Today though, after a long day at work, Mashiani is giving into her fatigue and the craving. She says she’s concerned about listeriosis but trusts Good Hope to prioritise people’s health.

“I’m tired, so that’s why I just decided to buy, I don’t want to cook today,” she says. “If it comes to a push I will take out the polony.”