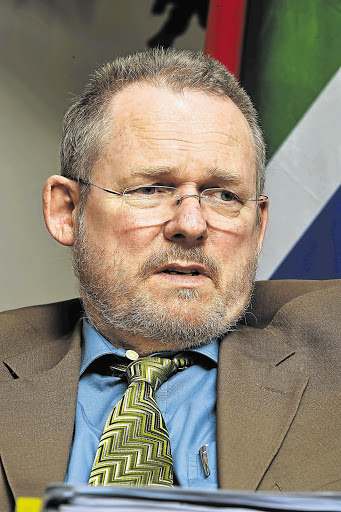 South Africa fully supported the Africa Continent Free Trade Area (AfCFTA) and only did not sign it last week for technical reasons because of the processes that have to be followed domestically in order for an international agreement to be signed‚ Trade and Industry Minister Rob Davies said at a media briefing on Monday.

"South Africa is very much part of this process. We are not holding back. We don’t have reservations or differences‚" the minister emphasised.

He noted that South Africa had actively participated in the preparation and negotiations of the AfCFTA‚ which was launched at an extraordinary summit of the African Union that took place in Kigali‚ Rwanda last week.

Davies said South Africa had no real problems with the content of the AfCFTA though it still had to be fleshed out with more detail.

South Africa has signed a declaration committing it to the process to establish the AfCFTA - the largest in the world incorporating 1-billion people.

The AfCFTA‚ which will remove barriers to trade such as tariffs and import duties and allow the free flow of goods and services between member states‚ is regarded as the foundation for the continent's economic development but still has to be ratified by each of the signatories. It is only due to come into force in six months’ time. Ten member countries of the African Union including Nigeria refused to sign the deal.

"The AfCFTA is an economic imperative to address the challenge of small and fragmented markets. It is also being established at a time when the multilateral system is facing challenges‚" Davies said.

He said it was essential to create a market of sufficient size to support deep industrialisation and the diversification of the economies of African countries. The combined nominal gross domestic product of the African continent is $3.3-trillion.

In 2017 the African market was worth R23.5bn for South African exports and it imported R8.6bn from African countries which made the continent critically important‚ Davies said. A significant part of the exports consists of value-added products.

The minister stressed the need for the AfCFTA to be complemented by cooperation on industrial and infrastructure development which were key components of the development integration approach which South Africa supported and which the minister said would ensure that the continent addressed productive and supply-side constraints.