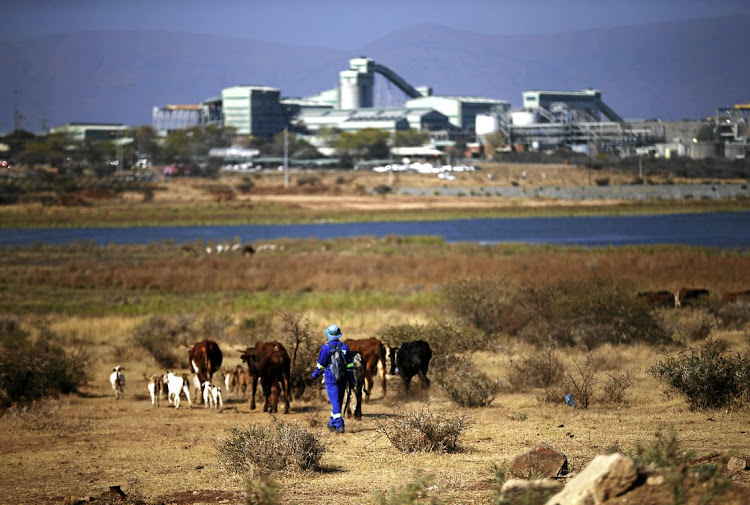 Power over rural land has become more and more concentrated in the hands of local chiefs in post-apartheid South Africa.

This is particularly so in areas that are earmarked for mining.

I have spent more than a decade studying the multiple impacts of platinum mining on rural communities in the North West and Limpopo provinces. The research has revealed widespread grassroots discontent, significant resistance to mining expansion and to local chiefs, and mounting exclusive group claims over the platinum-rich land.

This matters because mining affects the livelihoods of millions of South Africans. That South Africa holds unparalleled reserves of platinum group metals reserves is well known.

But platinum hasn’t been an economic saviour for the ordinary residents in the mine villages who face grim living conditions. Most are characterised by extreme poverty, severe inequalities and high unemployment.

A second member of the Mapela traditional authority has entered the fray about who should be the rightful traditional leader of the area where the ...
Business
3 years ago

This is even though some of these communities have been recipients of substantial mining revenues. But these are controlled and distributed by local traditional authorities, known as chiefs, who have positioned themselves as custodians of rural land and mineral resources. They have done so in collusion with the state and mining companies.

This is not as it should be. Distributive power over land doesn’t rest exclusively with chiefs. There are multiple layers of power that rests in different social units, families (and individuals within them). Most importantly, chiefs have never had powers to alienate land rights from ordinary residents.

African land rights are acquired through membership to a group – a productive and social unit such as a family or clan.

Once allocated, land rights were passed from one generation to the next. It is at the level of this unit that, by and large, decisions about distribution of such rights were taken in precolonial times.

The law and chiefs

The post-1994 African National Congress (ANC) government at first vacillated about defining and codifying the powers and status of chiefs. But it eventually passed legislation that significantly increased the powers of chiefs in rural local governance.

The main piece of legislation that did this was the Traditional Leadership and Governance Framework Act of 2003. It reenacts traditional (“tribal”) authorities to preside over precisely the same geographic areas that were defined by the apartheid government.

But there’s ambiguity around what the powers the act actually gives chiefs. It has been interpreted as giving them and their traditional councils powers over the administration and control of communal land and natural resources, economic development, health, and welfare, and to administer justice.

In fact the law doesn’t directly grant chiefs power and control over communal land and landed resources. But it’s been interpreted that way.

The case of the chiefs’ control over mining revenues on the platinum belt epitomises the contradiction.

Over the last 30 years a new trend began to evolve. Local chiefs began to enter into deals with mining companies on behalf of rural communities on the platinum belt. Chiefs, as assumed custodians of communal resources, became mediators of mineral-led development and mining deals.

This trend can be traced back to the Bafokeng community’s momentous court victory over mining royalties in the 1999. The Bafokeng chieftaincy secured enormous mineral royalties – ostensibly on behalf of the entire community.

Such a victory ushered this rural community, which some have labelled “the richest tribe in Africa”, into a new era of platinum revenues and corporate assets worth billions of rand.

Several rural communities on platinum rich land in the North West and Limpopo provinces have followed the Bafokeng example.

Trade union leader Joseph Mathunjwa has accused mining companies of looting the country and pouring their money into foreign investments rather than ...
Politics
3 years ago

But these developments haven’t been without problems. The mediation and control of mining revenues by local chiefs has generated significant tensions and conflict in the villages that host vast mining operations.

Lack of transparency and accountability, plus serious allegations of corruption have been levelled against chiefs. For instance, Kgosi (chief) Nyalala Pilane of the Bakgatla-ba-Kgafela community – perhaps even more than any other chief in South Africa – has been the subject of a litany of maladministration and corruption allegations.

The combined value of the assets of the largely SeTswana-speaking Bakgatla community, who reside in 32 impoverished villages scattered all over the north eastern foothills of the Pilanesburg Mountains, are estimated at R25 billion . Yet the members of the community have yet to realise the benefits.

Mining expansion has also produced significant resistance to Kgosi Pilane’s control over land. Groups of villagers have made strong claims over some of the mineral rich farms, where some of the largest mining operations are situated. They assert that these farms were bought by their forefathers as private property and so never should have been designated “tribal” land.

Many of these land disputes have been fought in the courts. So far, the chief has been able to hire top lawyers. He has successfully interdicted and pressed charges against activists who have called him to account.

The assumption that chiefs are custodians of rural land and mineral wealth – and as such can distribute and alienate land rights and sign complex mining deals on behalf of rural residents – has no precolonial precedent. It’s no surprise that ordinary people are resisting chiefly power over their property.

It’s even more crucial to closely examine and understand the character of power over land and landed resources as rural land increasingly becomes a target for large scale resource extraction. What needs attention is how ordinary rural residents articulate what leading land academic Ben Cousins calls the “socially legitimate” and historical “processes through which power over land is conferred” to different groups and individuals.

Neo Molome got out of bed at 4.30am on Wednesday to be part of the march to the JSE.
News
3 years ago

There is an urgent need to examine how Africans historically accessed, shared, controlled, distributed and defended their rights to land. These customary processes must be used to guide the recording of land rights, consultation and compensation before mining can begin.

Any attempt to legally empower the rural poor by securing their land rights should begin with a full understanding of these processes. Centralising this power in the hands of chiefs is another form of dispossession.