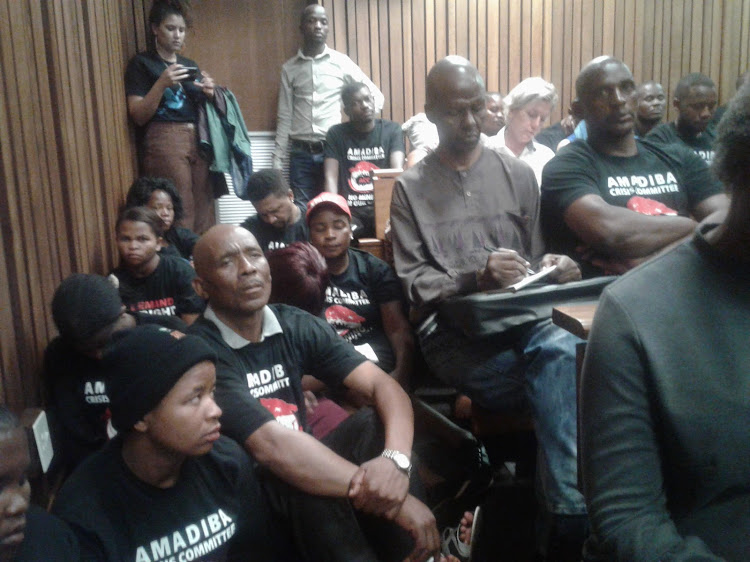 The North Gauteng High Court in Pretoria was packed to capacity on Monday with members of an Eastern Cape community who are refusing for a foreign company to mine on their land.
Image: Zoë Mahopo

The North Gauteng High Court in Pretoria was packed to capacity on Monday with members of an Eastern Cape community who are resisting a foreign company to mine on their land.

The community of Xolobeni village is demanding the court grant a ruling that the Department of Mineral Resources cannot issue mining rights without their consent.

The court is expected to hear arguments from lawyers within the next three days.

The outcome of the case could end in a landmark ruling giving rural communities powers to refuse companies to extract minerals from their land.

They have argued that mining would result in the mass displacement of households and destruction of their way of life. The community depends on fishing and farming in order to survive.

Talks on a new Mining Charter are about 80% completed and the new document guiding transformation of the South African mining sector will be ready ...
Business Times
4 years ago

Power over rural land has become more and more concentrated in the hands of local chiefs in post-apartheid South Africa. This is particularly so in ...
Business Times
4 years ago

The victory claimed by the Chamber of Mines this week, when the High Court in Gauteng upheld its interpretation of the "once empowered, always ...
Business Times
4 years ago