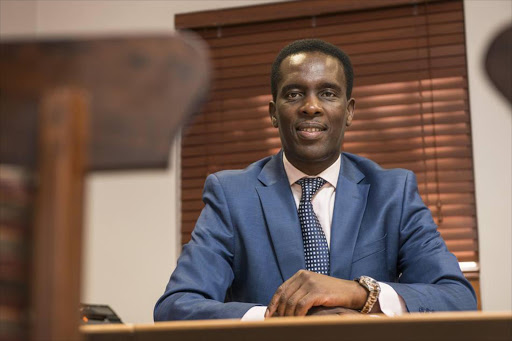 The economy was unlikely to shake off anaemic growth in the second quarter of this year‚ economists said on Tuesday after a dip in the South African Chamber of Commerce and Industry (Sacci) Business Confidence Index confirmed their concerns.

The Sacci Business Confidence dipped to 93.7 index points in June from 94 index points previously. The index has slipped each month from a high of 99.7 in January this year.

Economic growth contracted by 2.2% in the first quarter of this year after a stronger finish in 2017.

The Sacci index is a measure of business activity and is based on several indicators including energy production‚ trade figures and the performance of financial markets.

Seven of the thirteen sub-indices reflected negativity in the business environment.

The risk of a global trade war and potential knock-on effects also weighed negatively on the outlook from certain industries in South Africa‚ the survey noted.

The JSE closed lower on Thursday ahead of the release of crucial economic data in the US‚ which will affect the trajectory of the rand.
Business Times
3 years ago

Ashbourne anticipated further clarity when mining and manufacturing production and sales data for May are published on Thursday.

Weakness in these sectors is‚ however‚ expected to continue. The recent Absa purchasing manufacturer’s index‚ which measures activity in the manufacturing sector‚ dropped to 47.9 index points in June from 49.8 in May.

The index reading was 50.9 in April. A reading below the 50 neutral mark indicates a possible slowdown in business activity.

Hodes said growth in mining was tempered by continued uncertainty over the mining charter and a restrained investment.

Investec expects an improvement to -3.5% for mining in May compared to -4.3% previously. It has forecast manufacturing to be -1.4% from 1.1% in April compared to a BNP Paribas expectation of 0.1% growth from 1.1% previously. However‚ Hodes said retail trade sales and consumer confidence data to be released next week would complete the picture.

Ashbourne said the potential slowdown had prompted London-based Capital Economics to temper its growth forecast for the year to 1.3% from 2% previously.

National Treasury has forecast 1.5% for the year and the Reserve Bank expects 1.7%.

Sacci said: “It has become imperative that structural economic matters hampering inclusive economic growth should be addressed with economic rationality. Uncertainties surrounding economic policy direction and position should be clarified so that investor and business confidence can reaffirm itself.”