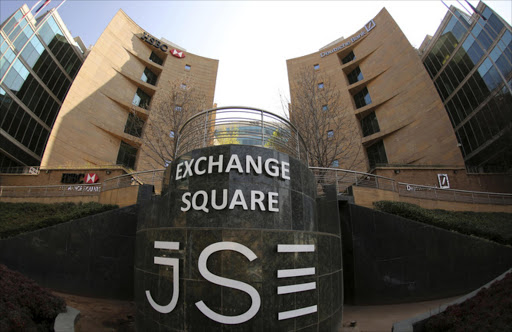 The rand was stable against the dollar and global markets were generally buoyant.
Image: Siphiwe Sibeko/Reuters via The Conversation

The JSE softened 0.85% on Friday‚ ending the week with yet another session of broad-based losses.

The rand was stable against the dollar and global markets were generally buoyant. The JSE‚ however‚ has not benefited from risk-on trade stemming from news of easing US-China trade tension.

Emerging markets‚ including the JSE‚ have been particularly hard hit by trade war jitters. Analysts suggest the rising protectionism could accelerate a slowdown in their exports.

While trade tension has prompted a cautious emerging-market outlook over the short term‚ trade between these markets had become more important in recent years‚ said Franklin Templeton analysts. Rising protectionism could accelerate this trend.

The pound weakened against the rand and the dollar after US president Donald Trump criticised UK prime minister Theresa May for the softening of her stance on Brexit.

Expectations of an upbeat corporate earnings season in the US buoyed equity markets in that country‚ reported Dow Jones Newswires.

A new app has been launched to encourage stokvel members to save by investing in the money market.
Business Times
4 years ago

Steinhoff International gained 8.33% to R3.12‚ having jumped 86.83% in the week. The embattled retailer announced on Friday last week it was seeking a three-year debt standstill from creditors.